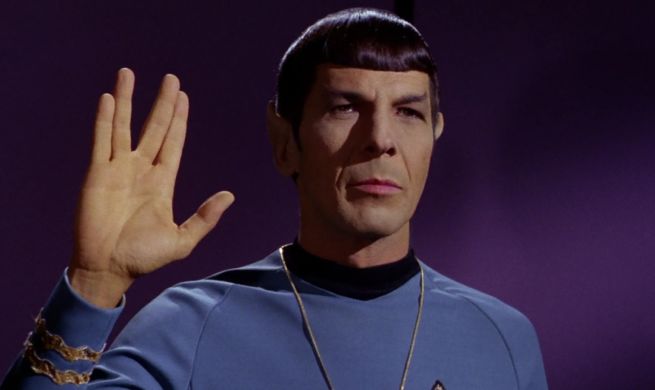 Adam Nimoy, son of the late Star Trek icon Leonard Nimoy, has announced plans to produce and direct a documentary about his father titled For the Love of Spock, Variety reports.

Zachary Quinto, who plays the modern day Spock in the rebooted Star Trek films, will narrate the documentary, which will be timed to concide with the franchise's fiftieth anniversary next year. David Zappone, the owner and president of Paramount-based 455 Films, will produce. Paramount is the home of the Star Trek film franchise.

“This will be a tribute to my dad and Spock,” Nimoy said. “We have plenty to work from because my dad loved telling stories and he was very fond of the role.”

“He felt as if he had plenty of time, but then he declined precipitously,” he added. “I was struck with the outpouring of affection for him after he died, so this feels like the right thing to do.”

Star Trek colleague William Shatner has already agreed to appear in the documentary, and Nimoy says that his father left a wealth of material to work with, including his books I Am Spock and I Am Not Spock.

Amazon Prime Making 7 Games Free to Own for Limited Time

Grimes and Elon Musk Reveal What They Call Their Baby

Seven Great Matches WWE Could Make Without the Brand Split