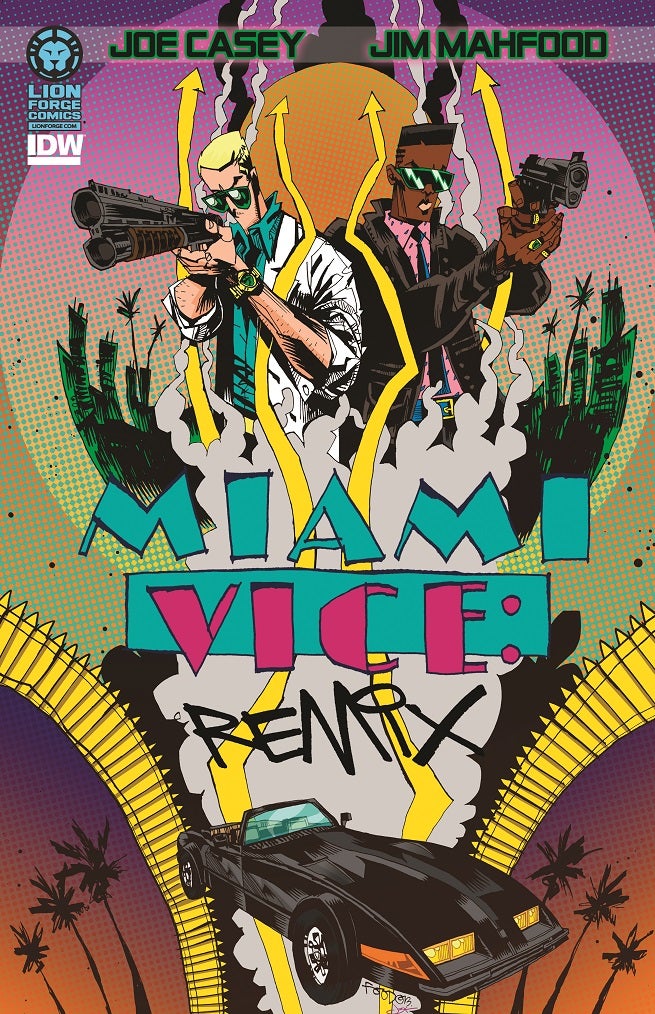 While Lion Forge Comics has been updating titles like Knight Rider and Airwolf to match today's technology, one of their NBC action comics -- Miami Vice, based on the classic Michael Mann-created TV series -- had remained firmly entrenched in the '80s -- and in the continuity of the original show.

Not anymore, as the publisher announced yesterday that with writer Jonathan London's run coming to a close, they will reboot the franchise in the modern day.

The original Miami Vice comic was set between seasons of the TV series, and -- London said -- for a very specific reason.

"Miami Vice is different that Airwolf or Knight Rider, because Airwolfor Knight Rider both kind of needed to be updated for the fact that they are based on technology. You know helicopters and cars do what today what they used to, what we're only fantasizing about on television in the 80's," London told us in an interview. "It was the flip side of that problem when it comes to Miami Vice and that is if you take Miami Vice out of the 80's you basically remove one of the main characters. Which is the era."

How will they handle taking that main character away? Well, it will be up to fan-favorite creators Joe Casey and Jim Mahfood to craft Miami Vice Remix.

"With the same thrilling action as the original series, Casey and Mahfood have created a modern world for Miami Vice fans, allowing them to see what it would be like if Crockett and Tubbs were manning the streets of Miami today," said Lion Forge in a statement.

Look for more on this soon.

Miami Vice Gets an Update From Lion Forge Comics