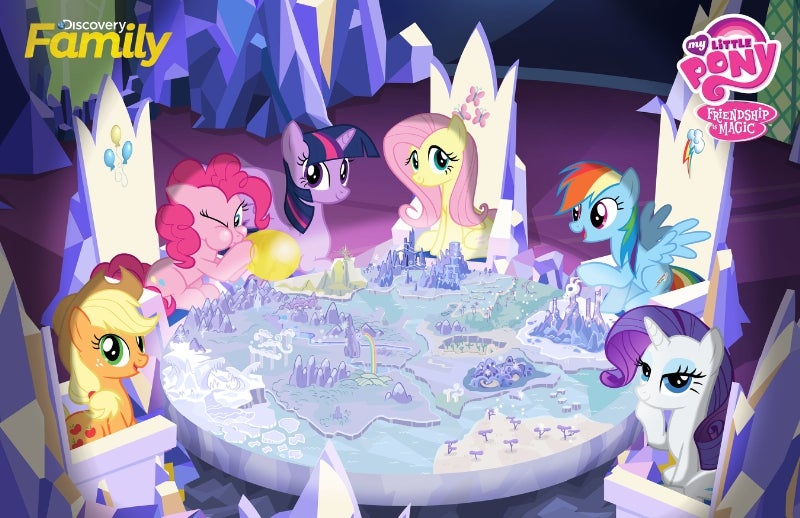 Get your saddles out, Brony fans. The fifth season of My Little Pony: Friendship is Magic is busting out of the stables to a television near you.

The latest My Little Pony installment will premiere this coming April in a back-to-back hour-long premiere. The premiere will feature the main Ponies—Twilight Sparkle, Rainbow Dash, Pinkie Pie, Fluttershy, Rarity and Applejack—as they meet the series' newest enchanted steed, Starlight Glimmer. But surprisingly, Glimmer is actually kind of a jerk (as far as My Little Ponies go). What will the Ponies do when they encounter someone who doesn't want to fill the universe with friendship and heart-melting stares? Only the premiere will tell.

Additioanly, the season will delve into the larger mythology behind the Ponies' Cutie Marks, which, apparently, aren't just for show.

"Season 5 will really delve more into how the magic of cutie marks and friendship can impact those around you," Hasbro Studios Executive Director, Brian Lenard, said in a statement. "You're going to see a lot of new and exciting characters this season, and first and foremost is Starlight Glimmer."

My Little Pony: Friendship Is Magic will premiere on April 4th at 11:00 a.m. on Discovery Family.

My Little Pony: Friendship Is Magic Season 5 To Premiere On April 4