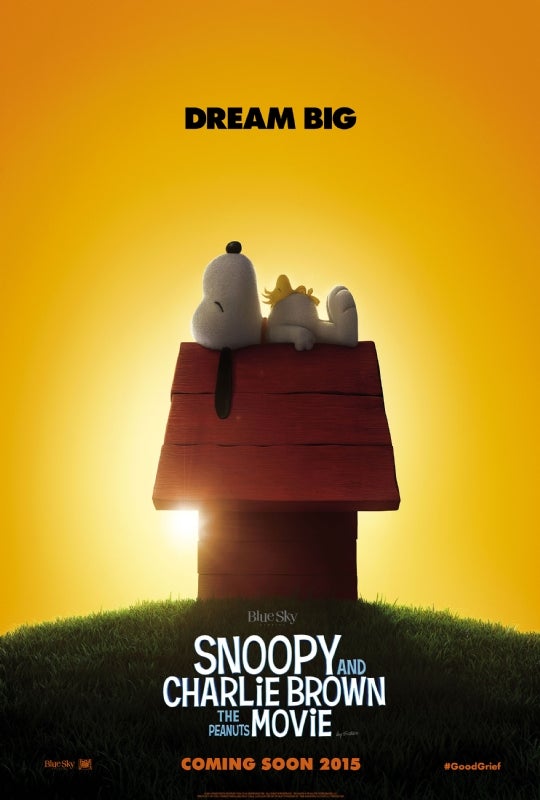 Just in time for Charles Schulz’s birthday, Blue Sky Studios has released a new one-sheet for the Peanuts movie.

Debuting on Empire earlier today, the poster asks viewers to walk—or in this case, sleep—a mile in Snoopy’s shoes and “dream big.” Challenge accepted, movie poster. We just hope that our dreams are as half as exciting as the Flying Ace scenario probably playing out in Snoopy’s head.

The Peanuts movie—or as it’s heftily titled—Snoopy and Charlie Brown: The Peanuts Movie, will reimagine Charles Schulz’s classic cartoon characters in modern CGI animation. Blue Sky Productions has offered little detail on the film, but based on the  previously-released trailer we can assume that it will feature a holiday theme (as it tradition for most Peanuts features), Snoopy daydreaming about his fantasy as the Flying Ace, and Charlie Brown making a fool of himself in front of his peers.