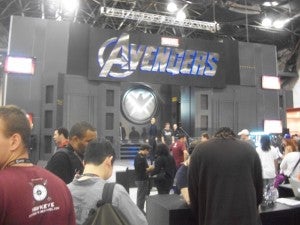 Greetings from the New York Comic Con! Filmmaker Zach Roberts and I will be reporting from the floor all weekend long, but here's a first look at the show floor and some of the cool sights, costumes and booths here at the show. We've just finished video interviews with Bruce Timm, Kevin Conroy and Andrea Romano, who are responsible for decades of awesome DC Animated Universe stories. Keep your eyes on this spot for those interviews and a photo flood, which will go live soon! [caption id="attachment_8519" align="alignleft" width="300" caption="Fans lined up outside the IGN panel for the BATMAN: ARKHAM CITY presentation"] 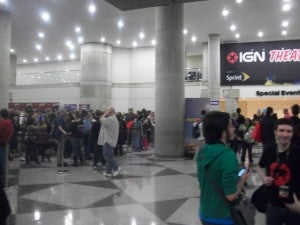 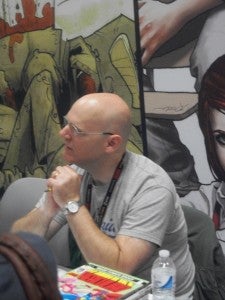 [/caption] [caption id="attachment_8522" align="alignleft" width="225" caption="Rob Liefeld, artist on HAWK & DOVE and THE INFINITE, talks with fans at his able in Artist's Alley."] 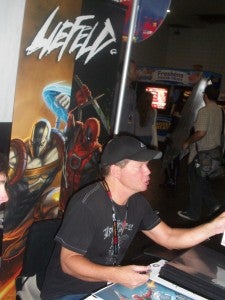 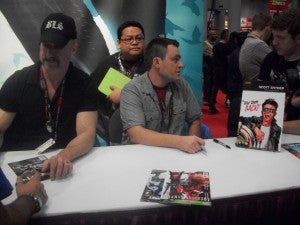 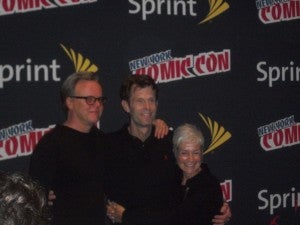 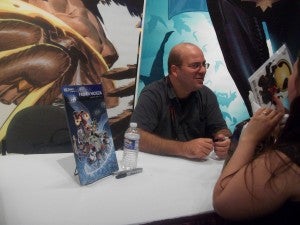 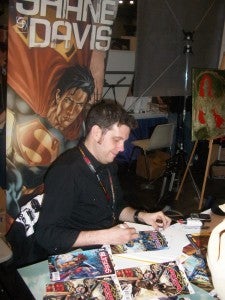 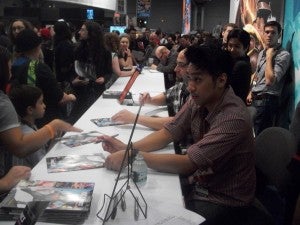