Chris Hemsworth is best known for playing Thor in the Thor and Avengers movies. While Hemsworth did not appear in any movies released in 2014, he is scheduled to appear in four movies scheduled for release in 2015: Blackhat, In The Heart of the Sea, Avengers: Age of Ultron, and Vacation.

Hemsworth appeared on Jimmy Kimmel Live via Skype from Australia. In accepting the Award, Hemsworth said, "Thank you very much. I get a trophy. I'm most excited about the alive portion of that statement. And the sexy is a bonus. And I'm flattered. Thank you."

It’s the second consecutive year that Kimmel has announced People’s Sexiest Man Alvie. In 2013, Adam Levine won the honor and appeared on the show for a tongue-in-cheek awards ceremony. 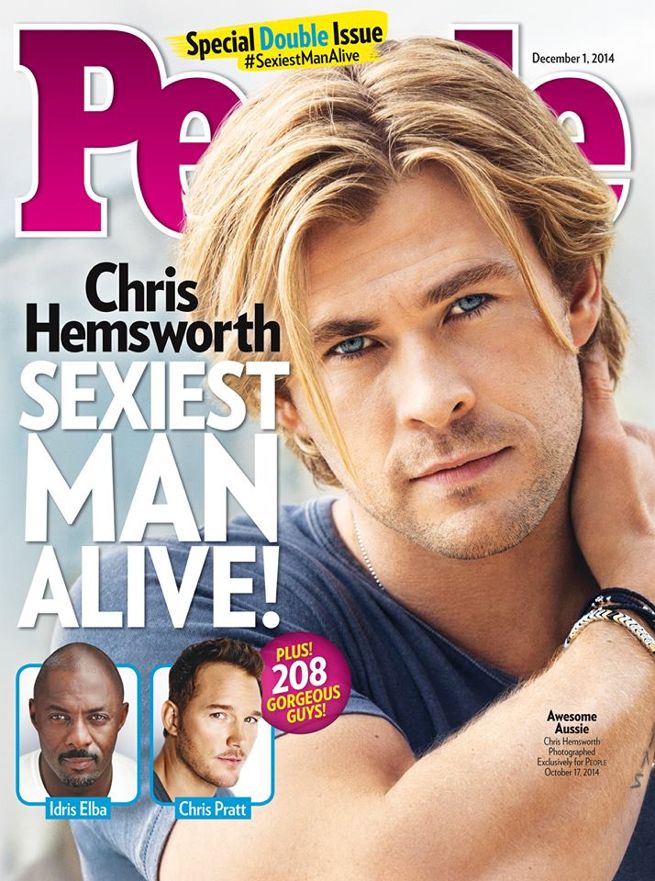