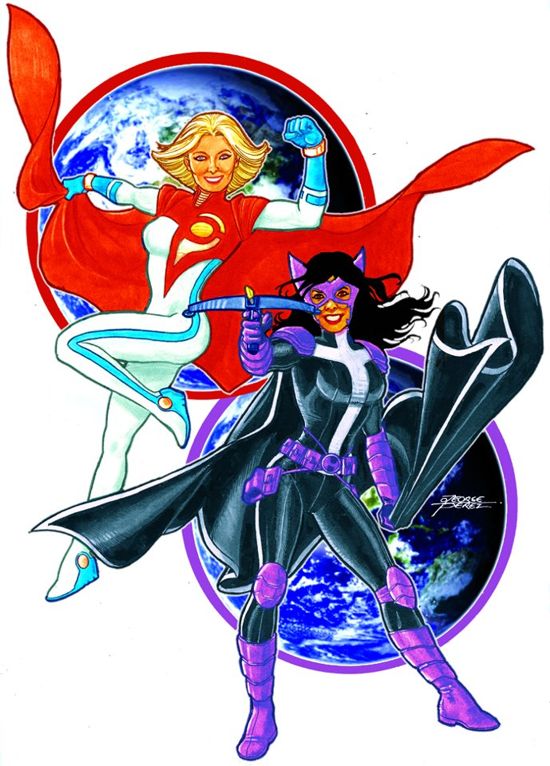 In early February, DC Comics released a new look for Power Girl, which was met with open arms and enthusiastic accolades by everyone in the comic book community. We jest, as the comments on the original article reveal pretty much everyone hated it, even though the costume did have a fan or two. Now, George Perez has posted on his Facebook page some artwork for a World's Finest design that he did for Pittsburgh Comicon t-shirts. The artwork shows Power Girl in a brand new version of her new costume. In the comments on his Facebook page, George Perez notes that the new look for Power Girl is not his design, but he did do some tweaking to it. Apparently, this new design of the new costume looks like it will replace the design that appeared on the World's Finest #1 cover, as Perez posted, "Unfortunately DC didn't make a final decision on the costume until after the solicitation art (the cover for the first issue) had to be sent to the printers." 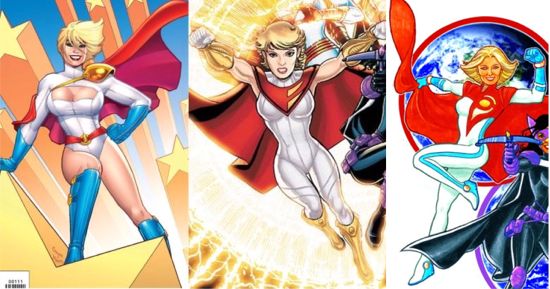 So far, the new version of the new Power Girl costume is being greeted with mostly positive feedback on Perez's Facebook page. Most seem to think it is an improvement over the look that appeared on the World's Finest #1 cover. World's Finest is a new ongoing series, which will feature Power Girl and Huntress of Earth 2. It will written by Paul Levitz with art by George Perez and Kevin Maguire. World's Finest #1 is scheduled to arrive in comic book stores on May 2, 2012.