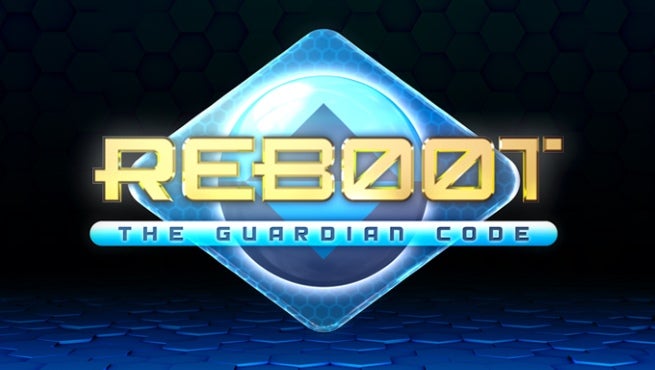 The 1990s animated series ReBoot is being rebooted as ReBoot: The Guardian Code. The logo for the new series was released on the website of Mainframe, the creators of the original ReBoot (via The Huffington Post).

Here's the official series description from the Mainframe website:

The reimagining of the venerable ReBoot series comes just in time for the 20th anniversary of the original series.

Making its debut on television screens in 1994, ReBoot was centered on the world of Mainframe, where a guardian program sprite and his friends defended the system from superviruses bent on creating havoc and destruction.

Now, 20 years after the original series aired, Mainframe is teaming with writers, artists and leading computer industry experts and manufacturers, to create an all-new ReBoot universe that will provide a ground-breaking, multi-platform experience for the next generation of ReBoot fans.

This seems like good news, but fans may be hesitant to get too excited. Mainframe's parent company, Rainmaker Entertainment, promised a ReBoot film trilogy back in 2008, but those films never happened. News of Rainmaker's financial troubles doesn't do much to instill confidence either.

Nostalgic 90s kids will just have to keep hoping that the ReBoot reboot finally materializes.

Reboot Of "ReBoot" Lands A Title