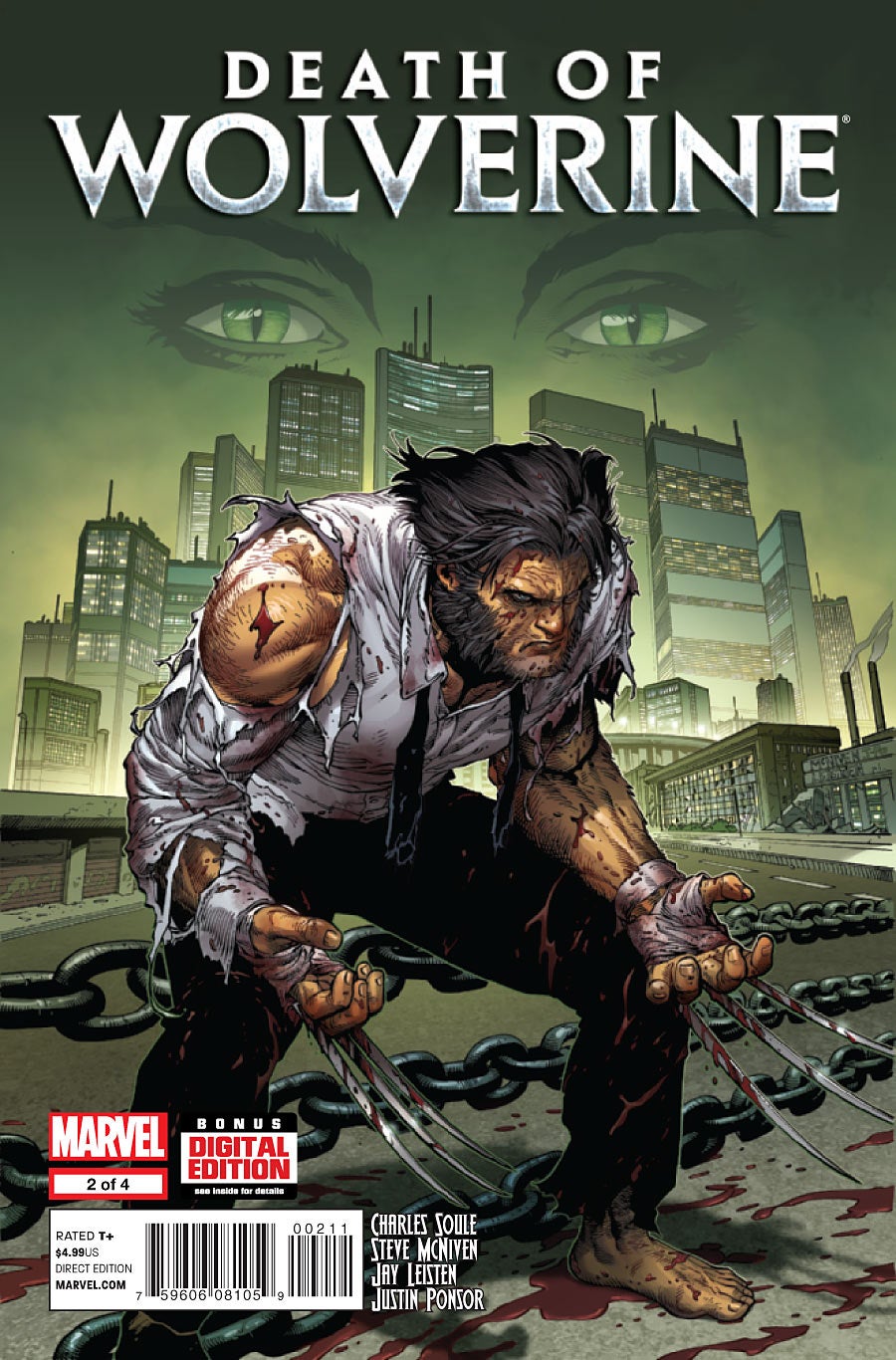 I was pleasantly surprised by The Death of Wolverine #1. It turned out to be an engaging debut issue that presented a story I was excited to read in spite of event fatigue and the cynicism associated with death in mainstream superhero comics. Charles Soule and Steve McNiven seemed to understand that there are expectations of a mini-series like this and wanted to defy them. McNiven's art was distinctive and finely crafted. Soule composed a script that invested itself in the character of Wolverine, rather than pre-determined outcomes. The good news is that The Death of Wolverine #2 maintains those strengths. The bad news is that it starts to lose track of itself and the momentum it has built.

That's not to say nothing happens in the issue. Plenty occurs, but it ultimately amounts to little consequence. The events of this issue serve to replace the conflict established at the end of the first issue with a new mystery. My problem with this bait and switch is that it doesn't seem to serve the story. Wolverine's dramatic situation doesn't change significantly (yes, he is wounded, but I'm talking about character). Instead, it works to include significant elements of Wolverine's past. Several of his greatest foes appear here, as well as a classic locale. Fans of the character may enjoy seeing these elements in play, but I'm uncertain as to what they contributed to the story.

This is all problematic because I'm uncertain as to what has changed since issue one. Multiple characters appear and disappear just as easily with hardly any explanation. Ideas and explanations are explained, and then dropped with little fanfare only a few pages later. When the issue concludes, there is another cliffhanger, but I'm unsure as to whether it's actually important considering the anti-climactic conclusion of its predecessor. Soule's deft grasp of Wolverine has been able to make me care about what he does and what happens to him. Wolverine needs to advance that story in order to keep readers engaged.

The many callbacks to Wolverine's long history are made much more effective by McNiven's art. His understanding of how to construct a grizzled and iconic Wolverine was made clear in the first issue. Here he is able to tackle the supporting cast and the results exceed expectations. Foes and allies both feel just like they should in a story that wants to capture essential representations. The perfect adjectives come to mind when examining every design.

The highlight of McNiven's work in this issue comes in a two-page spread that separates itself from the story at hand with a painterly style. It creates a collage of Wolverine and Sabretooth's battles that allows the eye to wander back and forth across its surface. This moment better eulogizes Wolverine than any number of references or character appearances. It calls out one of his most important character dynamics and presents it as a legendary collection of moments beautifully assembled into a single piece. More than any other page in the issue, this art pulls forth the sense of potential loss that the series is attempting to evoke.

The Death of Wolverine #2 maintains the strengths of the first issue, but begins to squander that momentum on tangents and cameos. It feels like the events of this issue could probably be skipped without any major effect on the overall story. However, McNiven's art alone makes this issue worth picking up.

REVIEW: The Death of Wolverine #2