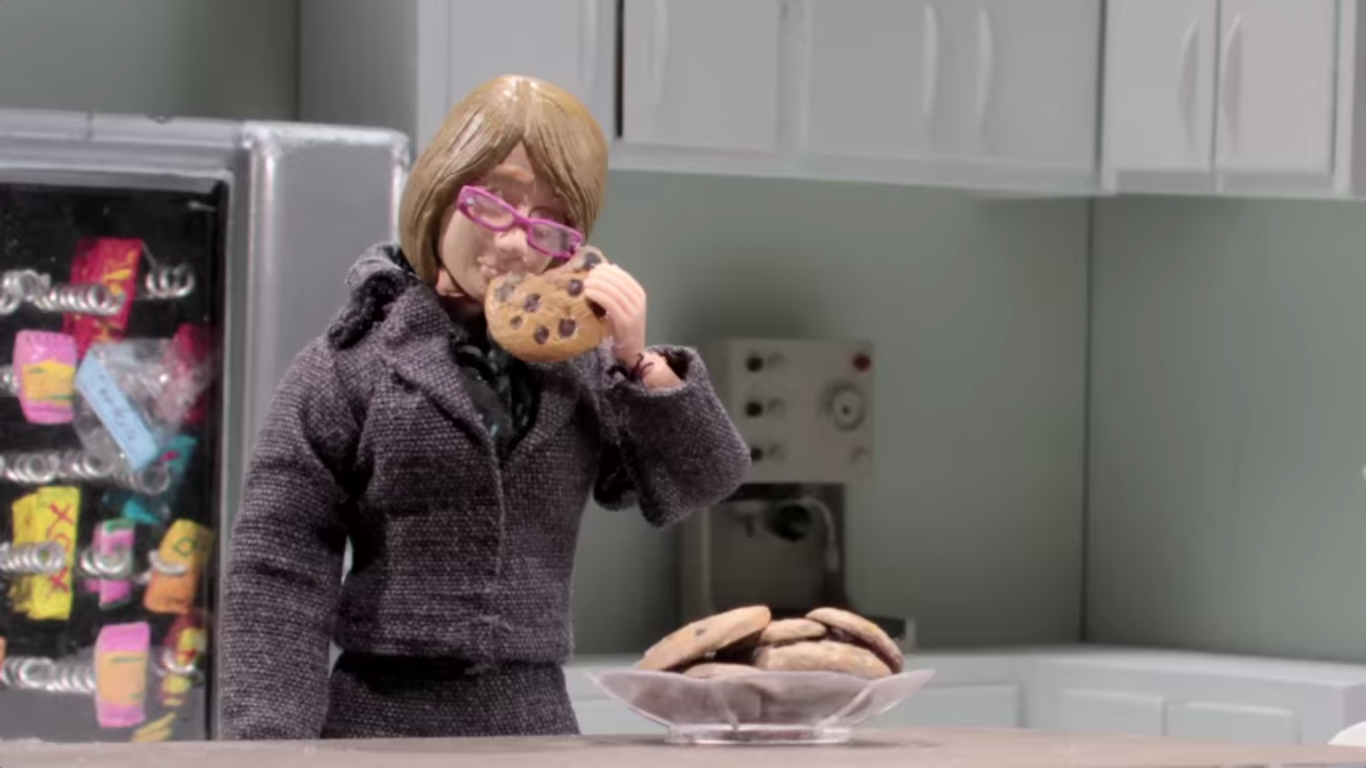 The trailers shown at New York Comic Con for Adult Swim's Robot Chicken and The Mike Tyson Mysteries have been made available online.

The Nerd unleashes holiday havoc in this sneak peek of the Robot Chicken Lots of Holidays But Don't Worry Christmas is Still in There Too So Pull the Stick Out of Your Ass Fox News Special.

The Mike Tyson Mysteries trailer is somewhat less specialized, just being an extended trailer for the series.

Robot Chicken is Adult Swim's long-running stop-motion animated homunculus of a sketch show. Witness sex, violence and 80's toy references collide through fan-favorite characters like the Humping Robot and the beloved Robot Chicken Nerd as creators Seth Green and Matthew Senreich are joined by an unparalleled roster of celebrity voices to skewer pop culture in this balls-to-the-wall comedy. Check out the latest clips and episodes from Robot Chicken on AdultSwim.com.

In Mike Tyson Mysteries, a new half-hour animated adult comedy series, Mike Tyson is taking the fight from the boxing ring to the streets ... by solving mysteries! Aided by the Mike Tyson Mystery Team - the Ghost of the Marquess of Queensbury, Mike's adopted Korean daughter, and a pigeon who was once a man - Mike Tyson will answer any plea sent to him. If you have a problem that needs solving, Iron Mike is in your corner. The series incorporates live-action appearances featuring Mighty Mike himself, and the gloves come off as the former heavyweight champ and his team gear up for weekly adventures as they put unsolved mysteries down for the count. The series stars Mike Tyson, Norm Macdonald (Saturday Night Live), Rachel Ramras (MAD), and Jim Rash (The Way Way Back, Community). Mike Tyson Mysteries is produced by Warner Bros. Animation.

The Witcher Reportedly Getting Another Netflix Spin-Off