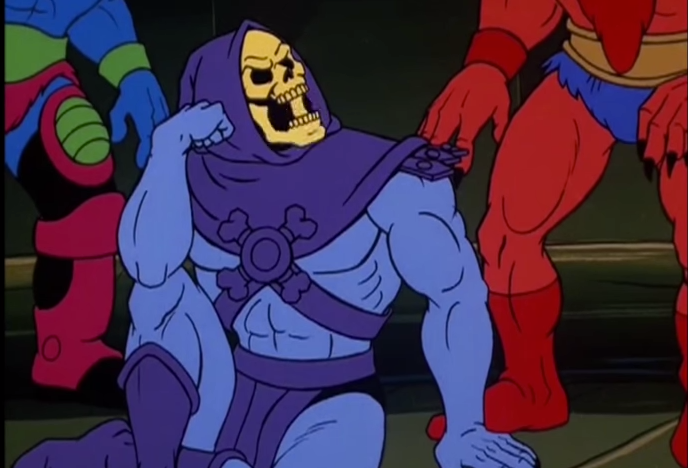 Skeletor's greatest power might not be his strength, intellect, or resources, but his biting wit.

DreamWorks TV has released a supercut of the Master of Evil's best burns and insults throughout the original He-Man and the Masters of the Universe cartoon series. Clocking in more than a minute and a half of pure putdowns, Skeletor was apparently just as obsessed with belittling others as he was conquering the universe.

While there's plenty of disses to keep any bully busy, the highlights include Skeletor's overuse of alliteration and the word "boob." But when you have voice actor Alan Oppenheimer delivering the dialogue, insults just seem to roll off of the tongue.

Check out the video below for all of Skeletor's insults.

And just remember: If you cross Skeletor, he'll turn you into a suitcase.