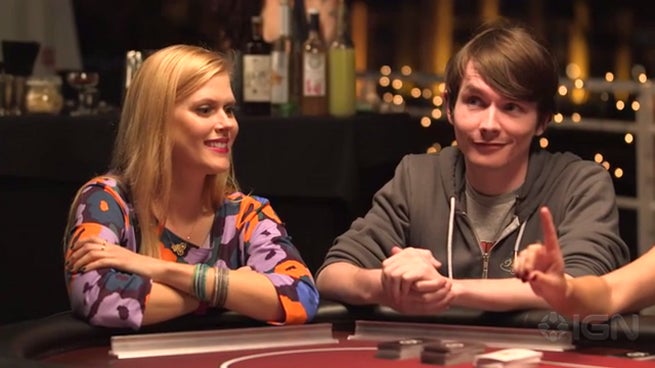 Skybound has released the first clip from their upcoming web series Superfight, in which geek celebrities play Skybound's card game Superfight (via IGN).

If you're not familiar, Superfight has players taking turns squaring off against each other in arguments about which fictional combatant would win a fight. Each player draws a few cards - representing characters, equipment, or abilities - chooses a couple to keep, and then argues with their opponent about which fighter would win the battle. The other players judge the argument to decide who wins.

It's basically a combination of mechanics from Cards against Humanity and The Metagame, that recreates all your favorite comic shop "who would win a fight" conversations.

The clip show Janet Varney, the voice of Korra on The Legend of Korra, drawing a somewhat risqué ability to add to her fighter's repertoire.