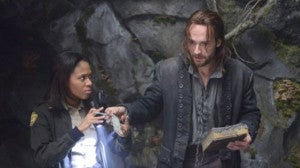 Major TV networks have had a hard time building successful new franchises in the last few years, with some high-profile flops and a few expensive failures. To help offset this, they've increasingly begun to follow the model of their big-screen counterparts, with sequels, spinoffs, remakes and retreads of familiar films, TV series and established properties. The hope is that, in addition to the people who tune in because the ad looks good, they'll also get the dedicated fan base of the source material, effectively giving them viewers with a built-in investment to the show. That's translated to some success with series like Bates Motel and Hannibal and led to networks exploring properties like Zombieland and Heroes for new series. DC Entertainment and Marvel Studios have jumped in with Arrow, Agents of S.H.I.E.L.D. and The Flash, as well, with both promising more to come. And of course, Under the Dome has been an unexpected summer hit. The series, originally planned as a season-long maxiseries based on Stephen King's novel, was recently renewed for a second season and will continue at least one more year.

Along with a new iteration of Sleepy Hollow that blends the Victorian horror of the original story with the steamy teen soapiness of...well, just about everything on TV..., Under the Dome turned in strong performances this week as the former debuted and the latter saw its first season draw to a close. The Sleepy Hollow pilot, co-written by Star Trek Into Darkness's Alex Kurtzman & Bob Orci and directed by Underworld's Len Wiseman, drew a 3.5/9 among adults 18-49, making it the top new drama debut since NBC's Revolution last fall and the biggest new drama for Fox in seven years. Under The Dome finished up its season up in the ratings by nearly a third over last week, drawing 11.8 million viewers and a 2.8/8. That's the series's best rating in the key demographic since July 29.