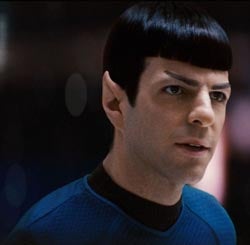 "Star Trek" plans to 'live long and prosper', according to the film's opening weekend box office take. Blowing past the competition, the reboot of the long running franchise took in a whopping $72.5 million dollars, easily outsdistancing the 2nd place finisher, "X-Men Origins: Wolverine." Boosted by fantastic reviews and strong word of mouth, the movie actually gained momentum throughout the weekend, taking in $26.8 million on Friday and $27.4 million on Saturday. The latest installment of the beloved franchise, Star Trek centers on the early days of Captain Kirk, Spock, Dr. McCoy and the rest of the U.S.S. Enterprise crew.