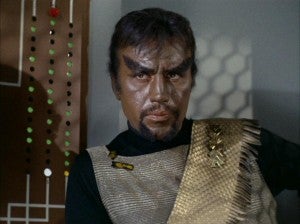 Michael Ansara, who played Klingon commander Kang on three different iterations of the Star Trek franchise, died earlier this week at his home in his Calabasas, California, Variety reports. He was 91. Ansara appeared on the original Star Trek and two of its spinoffs--Deep Space Nine and Voyager. He is one of just seven actors to play the same character on three Star Trek generations. Ansara also played Cochiese in the TV series Broken Arrow and appeared on the Buck Rogers series.