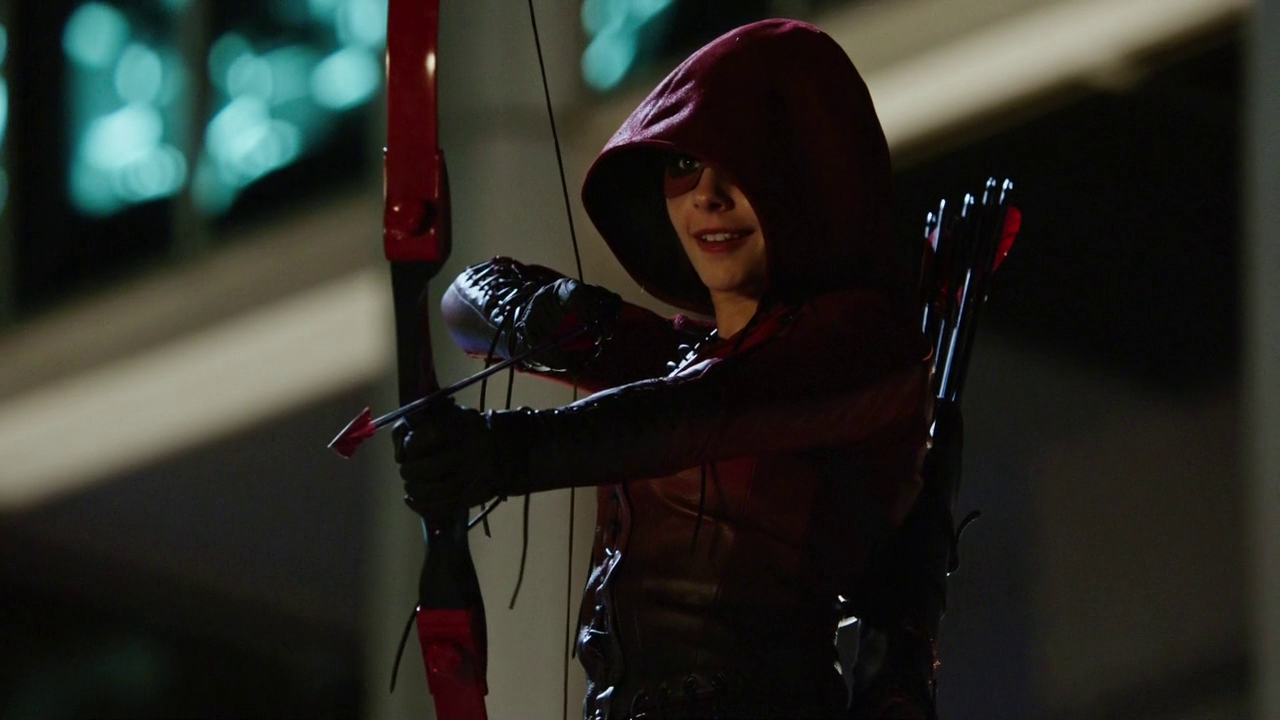 Trouble may be brewing in Thea Queen's quiver during the fourth season of Arrow.

During a recent question-and-answer session on Twitter, Arrow star Stephen Amell was asked to describe the upcoming fourth season premiere in three words. Amell's words, much to the intrigue of Arrow fans, were "What's wrong Speedy?"

Speedy, of course, is Oliver Queen's nickname for his younger sister, Thea Queen. When viewers last saw Thea in Arrow's third season finale, she had inherited Arsenal's red costume and seemingly graduated into the "Speedy" superhero identity from the comic books. But of course, the hero's path isn't an easy one, so Amell's ominous words are probably only the start of Speedy's upcoming superhero struggles.

And in an unrelated, but still totally awesome, question, someone asked Amell if Ben Affleck's Batman or Henry Cavill's Superman from Batman V. Superman: Dawn of Justice would win in a fight. Amell's answer? Aquaman. With Jason Momoa playing the character, it's tough to argue against that logic.

Aquaman. Would YOU bet against Jason Momoa in a fight? https://t.co/ziuhHkQ2pi

What do you think Amell's ominous words mean? Do you think Jason Momoa could thrash Ben Affleck and Henry Cavill? Let us know in the comments.

Arrow returns for its fourth season this fall on The CW.