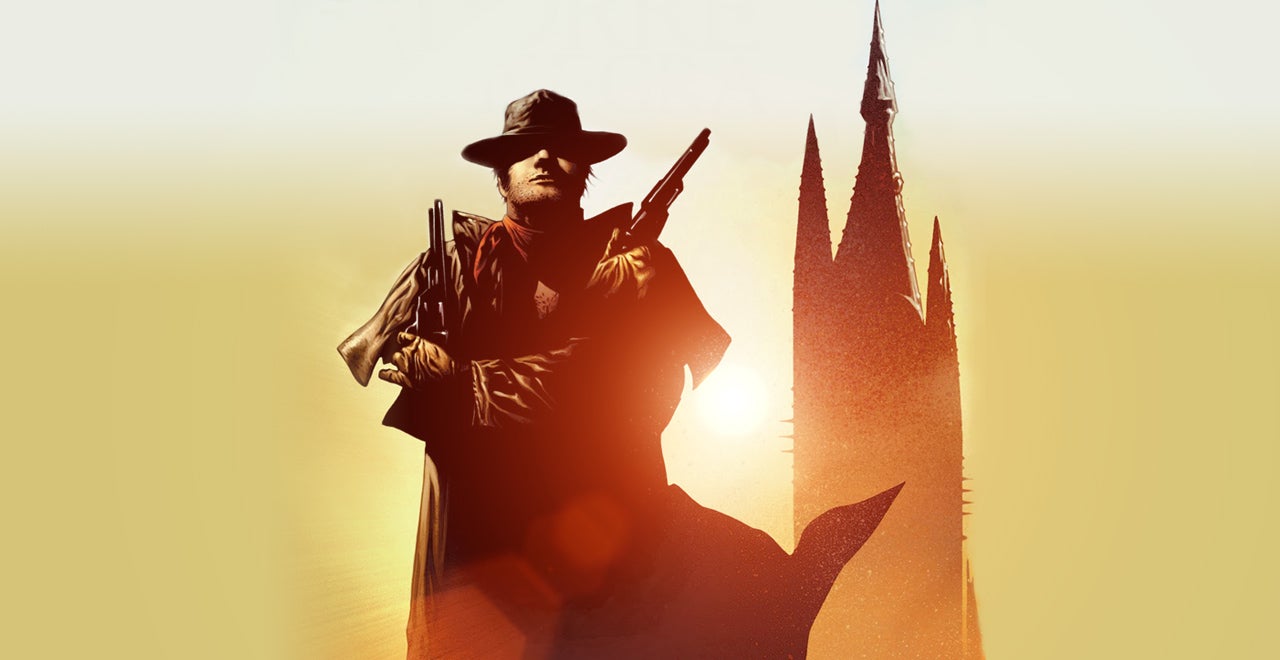 Stephen King's The Dark Tower series is finally heading to theaters, thanks to a new movie deal by Sony Pictures and MRC.

King's magical world of fantasy and horror will spread across a multi-picture series, with the first entry chronicling The Gunslinger, the book series' first entry. It will introduce moviegoers to the series' main character, Gun Slinger Roland Deschains. The script that Sony will use, written by Akiva Goldsman and Jeff Pinkner, is a complete overhaul of the project's initial draft, which was previously brought to both Warner Bros. and Universal. Additionally, MRC will develop a television series to complement the films.

"I'm excited that The Dark Tower is finally going to appear on the screen," King said in a statement. "Those who have traveled with Roland and his friends in their search for the Dark Tower are going to have their long-held hopes fully realized. This is a brilliant and creative approach to my books."

According to Deadline, Sony will make The Dark Tower films one of their top priorities moving forward, and will start seeking directors immediately.

Stay tuned to Comicbook.com for more updates on Dark Tower.

League of Legends Is Reworking One of Its "Most Frustrating" Champions