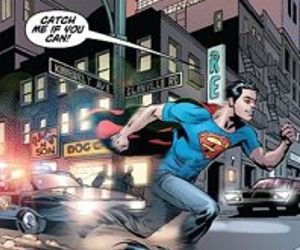 As Action Comics #1 hit comic book stores today, many were likely surprised to find out that the new younger Superman is not a lovable, mild-mannered do-gooder. Instead, he's somewhat of a cynical, arrogant jerk. Terrorizing criminals by tossing them from rooftops, invading the privacy of law enforcement officials by using his x-ray vision to snoop on their medical conditions, and showing off by catching bullets in his hands is the status quo for the new Superman. In many ways, this might be the real personality that would develop if an all-powerful alien being found himself stranded on earth. Those with great power, more often than not let it go to their heads. Really, when was the last time you heard about a mild-mannered star athlete? Or about a politician with a small ego? While powerful men and women can and often do accomplish great things, a certain amount of arrogance often seems to go with the territory.

When the world is at your fingertips, the temptation to feel that you are above everyone else can take hold of even the best of men. Why would a Superman be mild-mannered? Why would he feel the need to follow the same rules as everyone else? Why shouldn't his judgement rule over everyone else? In Action Comics #1, we have a Superman that forces his views on a world powerless to stop him. His heart is in the right place, but his means are extreme. Instead of merely helping the world, he tells the world, "Treat people right or expect a visit from me." Laughing, mocking, catch me if you can, there's no bones about it, the new Superman is a little bit of a jerk. He not only stops a husband from beating his wife (as any good Superman would), but he takes it a step further and breaks some bones. 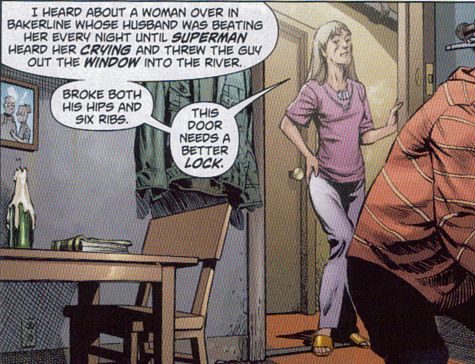 Of course, as many have pointed out, this version of Superman is similar to the way Superman was presented back in the thirties. However, for numerous decades since then, Superman has been pretty much a boy scout in the majority of his comic book, TV, and movie appearances. There is already heated debate arising between those who think DC Comics is destroying an icon and those who are excited by this new direction.

Superman As An Arrogant Jerk