Remember the uproar when DC Comics released some images of what Superman would look like in various comics after their upcoming re-launch. There was quite a stir in the mass media over the jeans wearing Superman in Action Comics #1 and the armor wearing Superman in Superman #1. Well, those looks are nothing compared to what has happened to Superman in the Flashpoint mini-series. In the Flashpoint World, Superman is a far cry from the muscle bound Man of Steel that fans are use to in the regular DC Comics Universe. In fact, he looks more like somebody you might see waiting in line to see the latest Twilight movie. 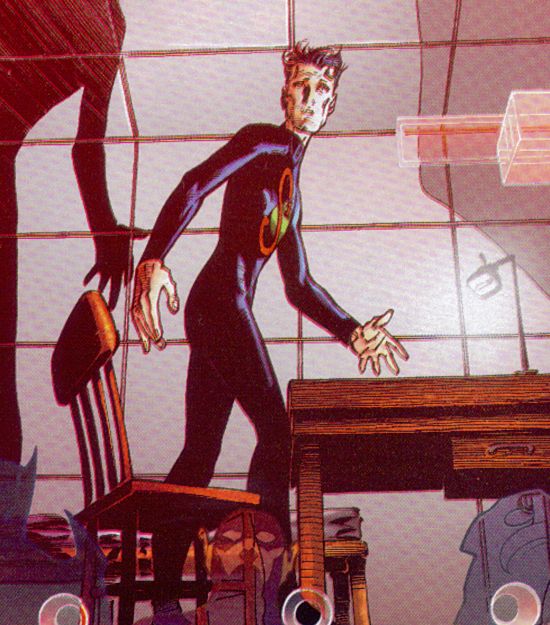 In Flashpoint, Superman has gone with a Goth look. Superman or Subject 1, as he is called in Flashpoint, is a skinny guy in an almost all black uniform. The only color on this Superman's uniform is on his chest logo. Instead of the familiar "S" design, there is a new look "S" shape with a yellow dot behind it and the number 1. This weak looking Superman has his hair cut short on the sides, thin eyebrows, and a tired, pale face. Of course, this look isn't necessarily by choice for Superman, but more the result of having been locked underground for thirty years. 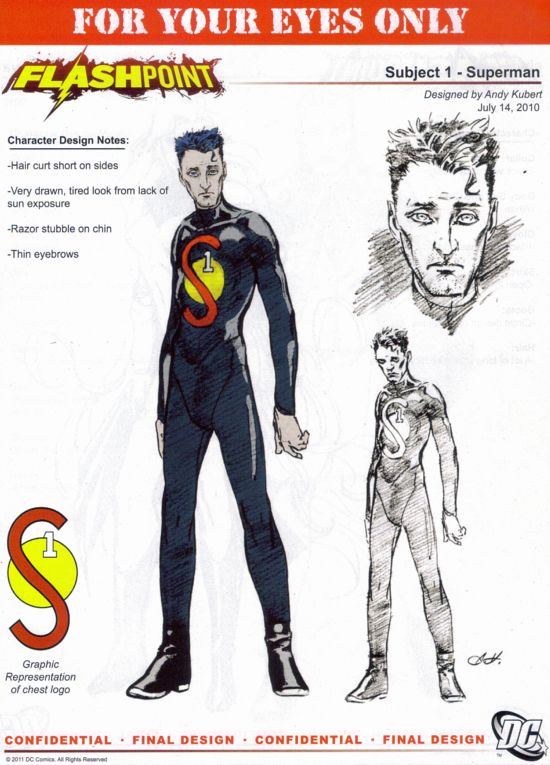 The Flashpoint version of Superman is revealed in Flashpoint #3, which arrived in comic book stores today. The entire new world that DC Comics has created in Flashpoint is probably the most compelling alternate reality story they've ever done, and it's definitely recommended reading.