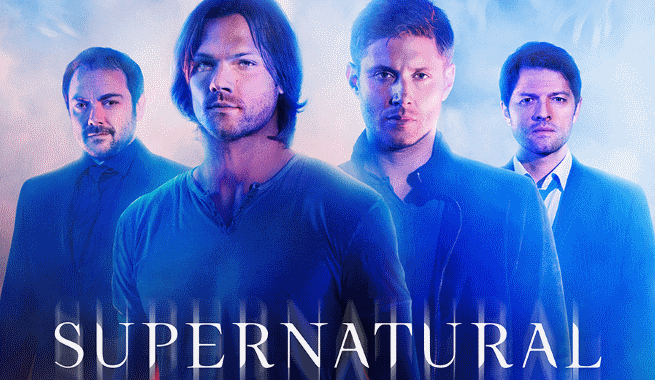 Warner Bros. Home Entertainment will release the tenth season of Supernatural on Blu-rayT, DVD and Digital HD on September 8, 2015. Supernatural: The Complete Tenth Season includes the complete 23-episode season and over four hours of bonus content, including featurettes, commentaries, a Comic-Con panel, deleted scenes, and a gag reel. Supernatural: The Complete Tenth Season is priced at $49.99 SRP on DVD and $54.97 SRP on Blu-ray.

In Supernatural Season 10, after Dean Winchester lost his battle with power-mad angel scribe Metatron last season, he was resurrected by the power of the First Blade and transformed into a demon, cursed with the Mark of Cain. The road to recovering wayward Dean takes brother Sam down sinister paths himself, with consequences that will shake the boys to their core. The Winchesters' angelic comrade-in-arms Castiel must pick up the pieces in the aftermath of Metatron's campaign to overtake Heaven. With his divine "grace" failing and rogue angels still loose, Cass faces the ticking clock of his own mortality while all-new and ages-old threats again push our heroes to their human and otherworldly limits. At the same time, the King of Hell, Crowley, must deal with dissension within his own twisted family.

Supernatural will return this fall for its eleventh season, airing Wednesdays at 9 p.m. ET on The CW.