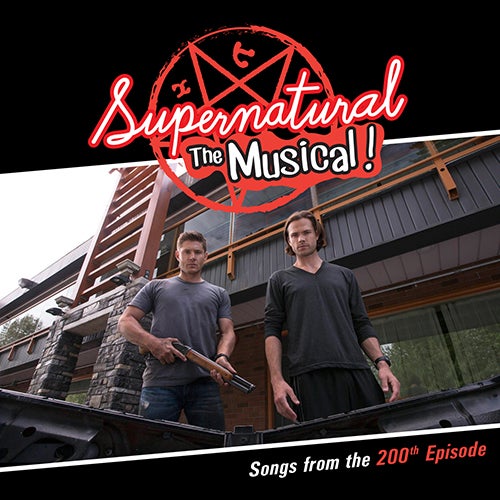 Supernatural is celebrating its 200th episode with something far stranger than Sam or Dean Winchester have ever encountered--a musical.

In honor of the milestone event, Supernatural is releasing the soundtrack to last week's episode, "Fan Fiction," for sale. Composed by the series' main composers, Jay Gruska and Christopher Lennertz, the soundtrack features three original songs and a cover of Kansas’ “Carry On Wayward Son.” Every song will feature vocals from guest actresses Alyssa Lynch, Katie Sarife, Vivien Armour, and more.

For those wondering why Supernatural would feature--much less celebrate-- live music, the songs appeared in "Fan Fiction's" story-within-a-story. In the episode, Sam and Dean stumble upon a high school that's producing a musical based on their lives as paranormal hunters. These songs are what the students produced.

WarnerTower Music has made one track, “I’ll Just Wait Here Then,” available for free here. The rest of the album can be purchased immediately on iTunes.

Supernatural returns for its 201st episode, “Ask Jeeves” tomorrow night at 9:00 p.m. on The CW.