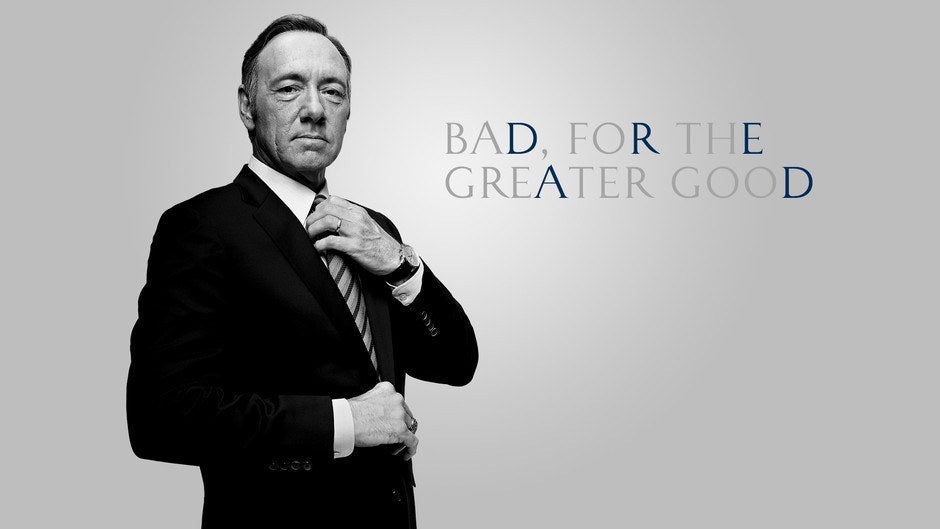 The third season of House of Cards premieres this Friday on Netflix meaning that many of us will be in a Frank Underwood induced stupor as we barrel through almost 13 hours of television. The series attraction is hard to deny with the raw charisma of Kevin Spacey and Robin Wright paired with a story that is fascinating in all of its cold calculation and cruelty. As much fun as it will be to revel in the return of Frank and the beginning of his presidency (it's okay to shudder when you hear that), it's important to take a break. So why not give your eyes a break from the computer monitor or television screen by turning to some comics instead?

Television doesn't have a monopoly on morally ambiguous or outright villainous protagonists and the sorts of twisty, political plotting that provides House of Cards with all of its charm. There are plenty of great examples of this kind of storytelling in comics. Just like television, the potentially endless and chapter-based form of comics makes for an excellent place for creators to craft convoluted plots and extended character studies. There are a few series published in the last 20 years that should instantly appeal to any fan of House of Cards for these reasons and more. 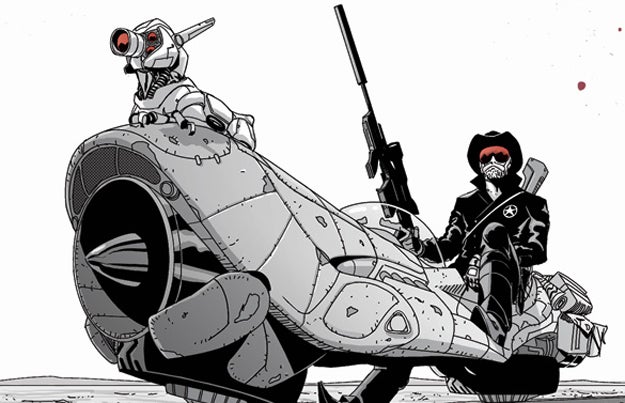 Hickman and Dragotta have fused alternative history, science fiction, and biblical prophecy into one of the most complex and exciting comics reads being published today. East of West is set in a version of the United State which has been separated into seven unique nations. At the center of this landscape is a conspiracy to bring about the apocalypse, a goal supported by very real versions of three of the four horseman. Death has other plans.

The scope of East of West is massive. Hickman and Dragotta recently released a guidebook to help readers keep track of all seven of the distinct nations and the characters that populate them. In this comic everyone has their own agenda shaped equally by history and their relationships with others. The complexity of the political maneuverings is balanced by some of the slickest gunfights and battles being drawn at Image Comics or any other publisher.

The Eisner Award winning 100 Bullets began as a simple revenge drama based on the concept of presenting suffering men and women with a briefcase containing a gun, 100 bullets, immunity from prosecution, and absolute proof as to who had wronged them. The initial stories are incredibly compelling, but as the series continued it began to widen its scope. A conspiracy emerged concerning The Trust composed of 13 families who secretly control the United States. Their internal affairs and battle against their former enforcers The Minutemen morphed the series into a comic featuring plenty of plotting, backstabbing, and power grabs.

Whether it is read as a revenge story, a conspiracy thriller, or epic tragedy, 100 Bullets is clearly a modern classic. Azzarello's tight dialogue and dense plotting is perfectly accompanied by Risso's eye for detail and dynamic sense of both place and action. No matter how ugly things in the series get, it's impossible to look away due to Risso's incredible compositions. 100 Bullets is a great comic for anyone who doesn't mind unhappy endings. 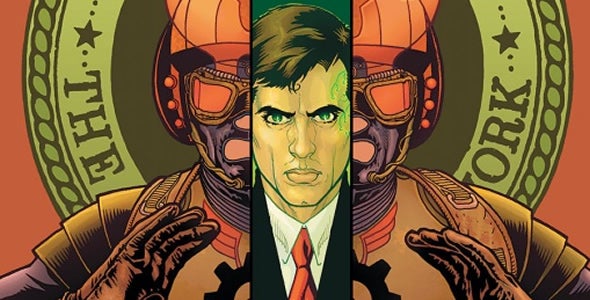 Ex Machina is set in a very realistic political scenario with one notable exception. The story follows Mitchell Hundred during his four years in office as Mayor of New York City who is elected after saving the second tower during the 9/11 attacks. He is constantly torn between his responsibilities as Mayor and his old life as the only superhero on Earth, able to control machines with the sound of his voice.

Unlike the other comics on this list, Ex Machina takes a serious look at the political realities of modern America. It is focused on the morality and ethics that accompany many hot button issues and approaches them with the careful, detail oriented eye of an engineer. Laws and appointments are not just another tool to secure power for Mitchell Hundred, but a vital component of improving the city he loves. Ex Machina is not set in a utopia though and politics influences everything that occurs in the series leading to Hundred's successes and failures alike. 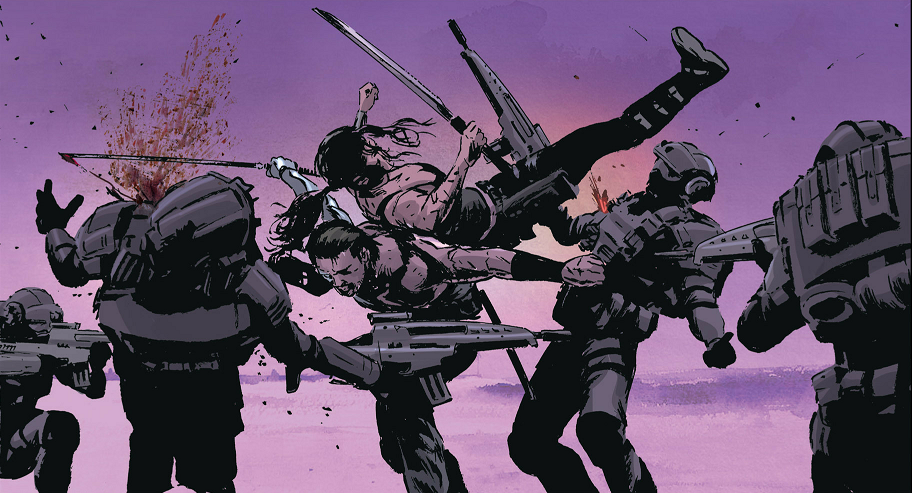 Rucka and Lark's newest collaboration takes place in a not too distant dystopian future in which corporations have replaced governments as the holders of world power. Lazarus focuses on Forever Carlyle, the daugher and protector of one of the major houses of power. She has been trained and modified to be a perfect and nigh indestructible assassin. However, as she learns more about the greed and hatred that drive her family and others, Forever begins to question the way the world ought to work.

Lazarus, like Ex Machina,  is a series that features a likable, noble protagonist who exists in a world dominated by politics. One of the primary conflicts of the series is within Forever as she attempts to reconcile her love for her family with the cruelty and lies that dominate her environment. That struggle along with the many multi-faceted allegories for modern political topics makes for a potent concoction. Rucka and Lark are telling a story with a noble core struggling against the evils that dominate stories like House of Cards or 100 Bullets.

Empire is based on a very simple, but intensely enjoyable premise: What if Doctor Doom ruled the world? The story features Golgoth, a facsimile to the classic Jack Kirby villain, who has conquered almost all of the planet. He appears to be almost omnipotent, but on the outskirts of his vision his superpowered generals plot to discover more power for themselves or even to supplant Golgoth. It is a story about those supporting the most powerful man in the world and all of their plots.

Like most of Waid's work in the superhero genre, Empire subverts many tropes and manages to surprise readers on a regular basis. The first issue offers a standard format for the series before tearing it down in the final pages. Golgoth is a truly ruthless dictator obsessed with securing his own power at any cost. The manner in which he does so is frightening and might even cause someone like Frank Underwood to blink. Kitson's artwork and designs certainly carry some flavor from the late 1990's, but still look great even 15 years after their initial publication.

So don't forget to take a break this weekend while enjoying the new season of House of Cards. Turn off the TV for a few moments, snag a comic book, and wrap your mind around a whole different set of twisted characters and their convoluted machinations. As much fun as it is to spend time with Frank Underwood, just imagine what it would be like if he had superpowers or a criminal empire at his disposal. That's part of the fun of comics.

The Kingdoms of Ruin Anime Announced

Hell's Paradise Creator Is Working on a Secret Project