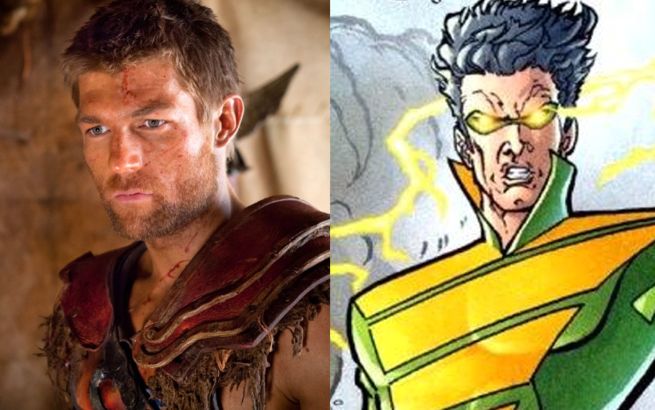 After reports of Liam McIntyre appearing on set of The Flash made the rounds yesterday, we reached out to the folks at the show to see what we could find out. Today, ComicBook.com can confirm that Liam McIntyre has been cast as Mark Mardon, the Weather Wizard, in The Flash.

The character will appear in the upcoming fifteenth and sixteenth episodes of the first season.

McIntyre played the title character on Spartacus, a show that has been a frequent source of inspiration for Arrow's casting directors: Manu Bennet (Deathstroke), Cynthia Addai-Robinson (Amanda Waller), Katrina Law (Nyssa Raatko) and Nick Tarabay (Captain Boomerang) were all on Spartacus prior to finding their way to Starling City.

Mark Mardon, brother to Clyde Mardon, returns to Central City to get justice for his brother's untimely death. Mark uses his powers, similar to Clyde's ability to control the weather, to go on a rampage to find the man that shot Clyde...Joe West.

Chad Rook, who played Clyde Mardon in the series' pilot, had powers similar to that of the Weather Wizard from the comics and recently seemed to suggest that he was headed back to The Flash.

The Flash returns January 20th on the CW.