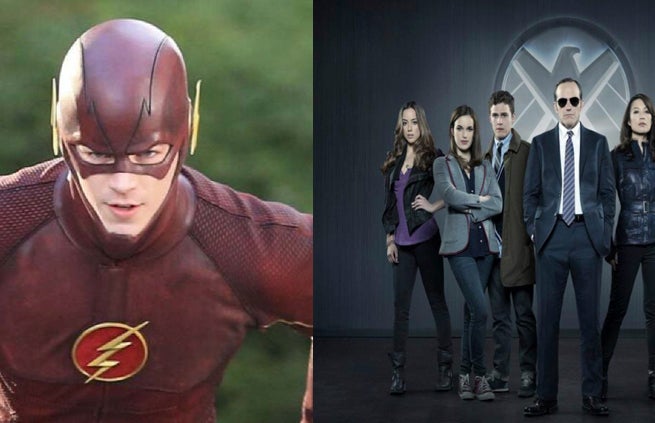 Tuesday nights are getting more heroic across America, as ratings for both The Flash and Agents of S.H.I.E.L.D. continue to rise.

As TV By The Numbers reports, last night’s episodes of the Big Two’s prime-time series saw noticeable upticks in its viewership. For DC’s The Flash, which aired at 8:00 p.m. on The CW, viewership amongst 18-49 year-olds hit a 1.5 rating, up a tenth from last week’s 1.4 rating. This spike was likely bolstered by The Flash’s crossover with The CW’s other DC Comics series, Arrow.

The midseason finale for both shows air next Tuesday night at their respective times before taking a brief winter break. The Flash will return on January 20th, while Agents of S.H.I.E.L.D.’s spinoff series, Agent Carter, will air on January 6th.

The Flash And Agents Of S.H.I.E.L.D. Rise In The Ratings