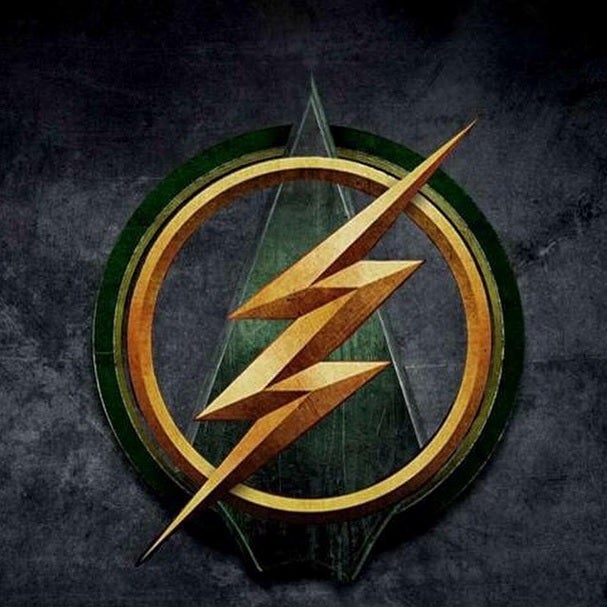 DC Entertainment Chief Creative Officer Geoff Johns last night shared what appears to be an official logo for the upcoming Arrow and The Flash crossover episodes to his Instagram account.

Of course, it's equally likely that this is the work of David M. Jones, a visual artist whose impressive DC logos have been mistaken for official Warner Bros. content in the past. Both the background and the style of the Arrow logo look like Jones' work, although there is no sign of this logo on his website or social media, at least at first glance.

UPDATE #2 3:26 p.m. EST - David M. Jones reached out to us via Twitter explain that he did indeed play a role in designing this, but only a minor one. Here's his explanation:

Good morning! Saw your article on https://Comicbook.com about the Arrow/Flash crossover logo and wanted to clarify.

The Arrow logo is the one I did a while back. Someone named Justin Smith added The Flash logo (from the official logo).

So that version is not technically mine. I don't directly cut/paste from anything official - all my artwork is made by me.

I don't think Justin has a Twitter, but he's known as 2013venjix in other social media.

Johns offered little in the way of explanation, using the image only to tease the upcoming crossover, which will take place over consecutive nights in one episode from each show in December.