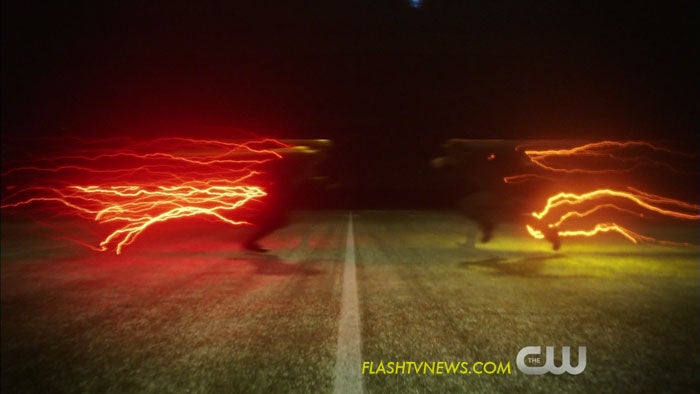 Who is the Reverse-Flash? If preview images for next week's midseason finale of The CW's The Flash are to be believed, it's neither Harrison Wells nor Eddie Thawne.

That's because in the teaser trailer for the season finale, which aired last night following "Flash vs. Arrow," it seems that both men are present in the room when the Reverse-Flash goes after S.T.A.R. Labs.

Update: I'm told the trailer did not air during The Flash in most markets, although it obviously did somewhere, since low-quality images from this teaser appeared online immediately following the episode last night.

What else do we learn about him? Well, he's in quite a bit of the episode, from the look of things; this shouldn't just be a simple cameo to whet your appetite in the last thirty seconds, a la last night's appearance of Firestorm. 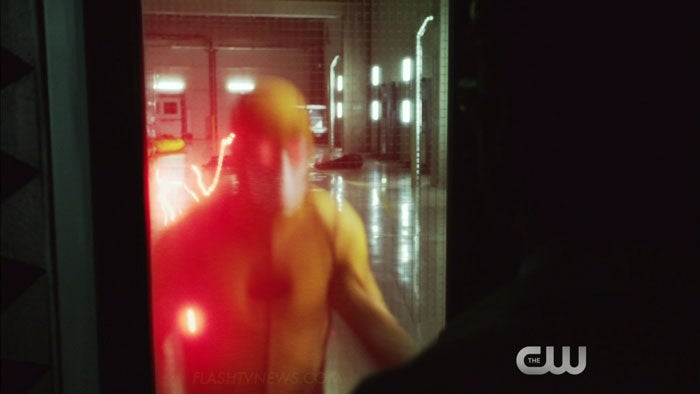 Over at Flash TV News, they've got a pretty extensive gallery of high-quality screen captures, from which these two images were taken.

You can check them out for different angles and to hunt for clues as to which Reverse-Flash it might be or who could be under the mask.

The Flash: First Official Look at the Reverse Flash