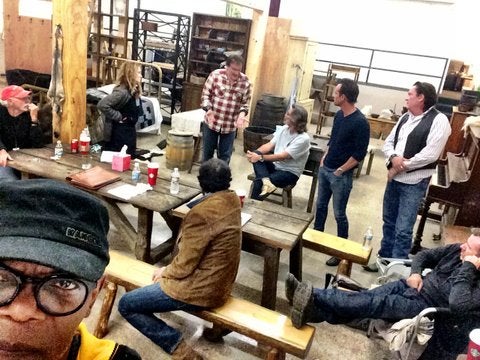 The cast for Quentin Tarantino's next film, The H8ful Eight, has finally assembled.

Samuel L. Jackson posted photos of the film's primary players and the director conversing yesterday afternoon, along with the messages "H8ful Eight w/ all the faces! Headed to the Snow SOON!!" and "H8ful Eight rehearsal!  This shit is too much fun! Gonna be a BLAST!!" Jackson's seven other hateful co-stars include Kurt Russell, Jennifer Jason Leigh, Tim Roth, Walton Goggins, Michael Madsen, Demian Bichir, and Bruce Dern.

The H8ful Eight is a post-civil war period piece that follows a ruthless bounty hunter (Russel) and his fugitive (Leigh) on their across snow-swept Wyoming. As they travel, their stagecoach encounters a southern renegade (Goggins) and a former Union general who now operates as a bounty hunter. When a horrific blizzard forces the foursome into a stage stopover, they meet the shelter's strange inhabitants (Roth, Bichir, Dern, and Madsen), each with their own strong and conflicting personalities. Once all eight strangers are trapped inside, the "stopover" threatens to become a much more permanent resting place. 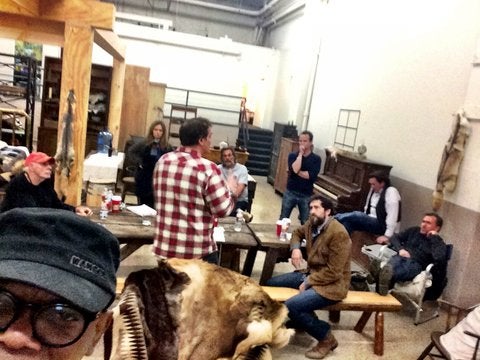 Actor Channing Tatum is also reported to star in the film, though his role has been held under close guard from Tarantino and his crew. The H8ful Eight is currently in production for a late 2015 release date.