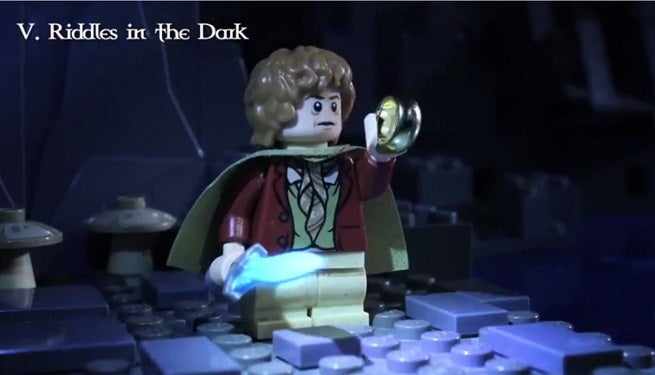 Much has been made of Peter Jackson adapting J.R.R. Tolkien’s 300ish page novel The Hobbit into three full-length feature films, totaling over eight hours in length.

If you don’t have that kind of time invest, the people over at the Brotherhood Workshop YouTube channel have you covered. They’ve used LEGO to recreate the entirety of Tolkien’s original story. Well, a slightly abridged version, anyway. The video condenses The Hobbit into a 72 second video, which is about 33,000ish seconds shorter than Jackson’s trilogy.

You can see the video below, but be warned that it uses the book as a guide, and covers events that won’t be seen on screen until The Battle of the Five Armies is released. In other words, there may be spoilers for a more than 75-year-old book.

The Hobbit: The Battle of the Five Armies will be released on December 17.

The Hobbit Reenacted In 72 Seconds With LEGO