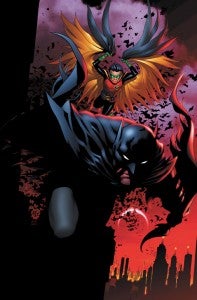 Another week, another round of DC's New 52 titles debuting here in September. This week was, I thought, a bit more surprising than last week in that many of the titles I expected to have absolutely no interest in turned out to be good enough at least to go another month. Nothing turned me off this week the way one or two titles did on the 7th and DC has so far maintained its track record of not releasing a single really, utterly bad book under this initiative.

All that said, let's see how the individual titles fared...!

In spite of the relaunch, the Batman family of titles have picked up more or less where they left off and so far they seem no better or worse for it. This story kicks off in exciting fashion, though, introducing a new villain who wants to end Batman, Inc. before Grant Morrison ever gets a chance to bring the title back next year. A little bit of that and a lot of Damian saying “Batman was so much cooler when he wasn't my dad,” and there you've got the issue in a nutshell. Eminently readable, with a great cliffhanger, but it doesn't feel as fresh or exciting as the rest of the #1s to my mind. 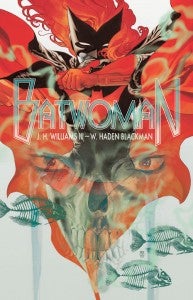 Having never read the backup stories Williams did with Batwoman in Detective Comics, this is my first long-term exposure to the character beyond 52. So even though she, like the rest of the Bat-titles, seems to have retained her history none of it matters to me and it still feels like a fresh start. The oft-commented-upon moment where Kate looks to the wall and sees a photograph of Renee Montoya (as a fallen officer?) stuck out at me like a sore thumb just like it did everybody else but I wasn't distracted by it; that story will play out and if Renee is not dead, then the longing look she gave the photo of her ex-lover just as she decided to move on is just as logical.

The issue of Batwoman's homosexuality is right out there in this issue, but not in any kind of over-the-top way; since it's the defining characteristic of the character to many readers, I suspect it was important to DC that they establish in the first issue that it still stands, even if her on-again, off-again relationship with Montoya is in the history books one way or another.

The issue strolls along at a nice pace—not as paint-dryingly slow as some of the books we've seen in recent years (or even Justice League #1) but slow enough for J.H. Williams III to do what he does best, which is let the art do most of the talking for him. As ever, his panel layouts are inspired and his visual storytelling is near-flawless, turning what might otherwise be a merely good superhero book into a top-notch example of how superheroes in general can be done right, and what comics has that other media don't. 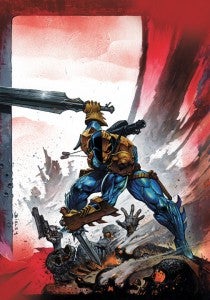 Probably the most pleasant surprise of the week, in terms of a character in whom I've had almost no interest since the preposterous fight scene designed to make him look badass in Identity Crisis. Kyle Higgins, as promised in our recent interview, has reimagined Slade Wilson as a man whose credibility is severely diminished by years of selling out and getting punked by every superhero this side of Squirrel Girl. This issue sees him sent on a job with a young team of mercenaries who see him as a role model—but all he sees in them is competition. And to rebuild his reputation, one has to work with the competition for exactly as long as you're being paid to do so.

Meanwhile, when they arrive at the hit, the item he's meant to take from his mark isn't what he expected to be. This sets off a Pulp Fiction-style “What's in the briefcase?” question that will linger at least until next month, although I personally suspect it has something to do with a white-haired girl named Rose who appears in Superboy #1 this week.

An earnest and fun look at the character, the book also gives a semi-legitimate use to that big honking sword from the cover. This book is one of the week's best, and succeeds in exactly the way that at least one other (specific) book this week fails—but we'll get to that. 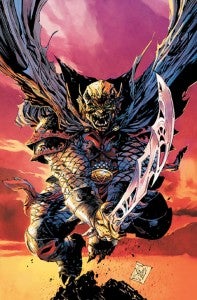 Since its announcement, I've been anticipating Demon Knights, thinking it would be an engaging and entertaining read. What I didn't consider was how much of the DC Universe Cornell could sneak into a 22-page comic set in the past. I mean, obviously there's Jason Blood and the Demon Etrigan, but even beyond that it seemed like every page or two you were introduced to another familiar face from the DC Universe. Better still, none of it seemed forced. Coupled with the way he managed to do much the same thing with Stormwatch, this seems to be Paul Cornell's strong suit in the relaunch, and it's a profoundly valuable one. Short of Justice League International, which established the existence of several characters they didn't use by offering them for rejection to the UN, most of the books have been so wrapped up in their own procedure that they haven't had much time for world-building yet.

More importantly, though, is that Demon Knights is as surprising and entertaining a read as it looked like it would be. Now the only trick is to hope that Merlin can conjure up an audience for a DC fantasy title. 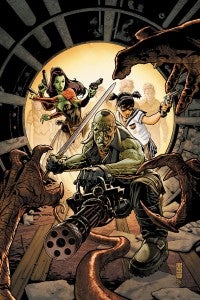 Is this the best book that DC has put out so far during the relaunch? It's hard to say; a lot of really great books have come down the pike and even some of the ones I didn't enjoy that much are objectively very strong. But is Frankenstein: Agent of S.H.A.D.E. the most entertaining book DC has on the shelves this month? I'd be hard-pressed to say no.

Lemire described this book to me as “a black comedy” when we spoke two weeks ago on my Panel Discussions podcast, and he wasn't wrong. It's a book full of characters both strange and familiar, super-science and government conspiracy.

Father Time, who's in charge of S.H.A.D.E. here just like he was before the relaunch, reappers early in the issue and officially wins the crown for best costume redesign. Jim Lee, eat your heart out. And yes, the rumors are true, there's a scientist on staff named Ray Palmer.

Yeah, I was excited, too.

Frankenstein and the Creature Commandos, then, are the most standard and expected part of what's otherwise an excitingly bizarre story. And that's just cool. 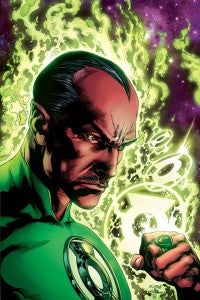 As mentioned above, it feels a little odd for everyone else to have real, legitimate first issues while Batman and Green Lantern pick up from what happened last month. It's especially jarring when, in the case of Green Lantern, the series' biggest villain has been retooled as the central character and Hal Jordan, who has starred in the book since Johns brought him back in Green Lantern: Rebirth, spends a few pages in jail.

Unfortunately it isn't long before you start to suspect that those changes are mostly for show, and while the storytelling is solid and Mahnke's art is dependably good as always, by the end of the issue it seems almost inevitable that what everyone already suspected was true. This status quot is unsustainable; that much was obvious. Most of us, though, were wondering how long Johns could keep it entertaining, a la Ed Brubaker continuing along with Captain America after killing Steve Rogers. The answer, in Johns's case, appears to be “however long that “five years ago” story in Justice League takes.”

It's unfair to harp on that issue, I suppose, but to focus on anything else seems to miss the point. There are some cool and interesting moments that set up Sinestro's struggle against his former Corps, but that has been teased in solicitations already and furthermore seems a bit redundant of what Peter Milligan is doing over in Red Lanterns. There was a bit with Hal and Carol that teases what will likely be a strong B-plot in Hal's life for the foreseeable future (assuming we ever get away from the space opera enough to actually give Hal a B-plot, which has never really been true since his return). But all of these things were really just operating in service of that final page, when Sinestro shows up to say exactly what you thought he would.

And, a holdover from last week. In spite of the fact that I already had the review written, when I started to cut and paste things together, somehow I lost this in the shuffle! 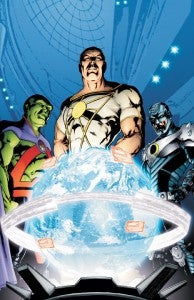 It was an odd decision to launch this on the first week of the reboot, what with even the solicitation text teasing that it spun out of the events of Superman #1. Still the decision—while confounding—seems unlikely to do any material harm to either book. It really spoils nothing from Superman except for the seemingly-esoteric fact that a horn has been sounded and that you'll find out why over in that title.

It'll be interesting to note whether it's intentional or just the way things panned out, but it certainly seems as if Paul Cornell, Jeff Lemire and Scott Snyder are using their “Dark” and “Edge” titles to craft a unified DC Universe in a way that we haven't seen yet from DC's mainstream superhero books. Little bits of dischord like Hal being referred to as Green Lantern in Justice League International #1 and the apparent awareness of Flashpoint by the Legion of Super-Heroes pull back the curtain just a bit, while Animal Man and Swamp Thing seem to be telling two stories that are really more variations on a theme and Jeff Lemire told Panel Discussions two weeks ago that he and Paul Cornell are considering telling a story where it turns out Stormwatch and S.H.A.D.E. were once a single organization that split.

All of that is just background, of course; the actual issue is a well-told and a little surprising, if somewhat standard, “putting the band together” tale, wherein Martian Manhunter heads up a field team trying to recruit Apollo. In a B-plot that promises to be more important to the DC Universe than the A plot, The Engineer sees that the Moon appears to be threatening to attack Earth (the actual moon, mind, not anyone on it), and that seems likely to be as a result of a character introduced there who can animate matter.

That's a lot of stuff to cram into a first issue, along with the tangential revelation that the Demon Knights title Cornell is writing also has a connection to the history of Stormwatch. He handles it well, though, and the result is an issue that's as intriguing as it is entertaining.