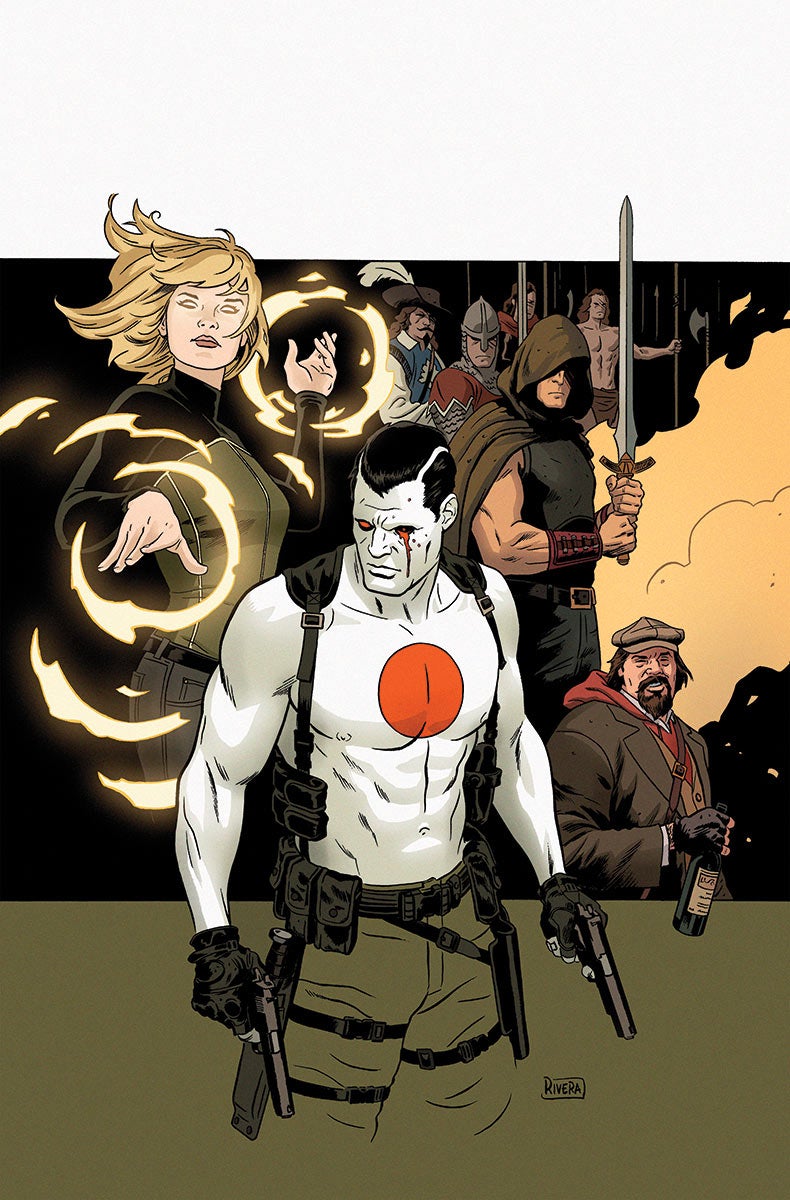 In the past two years Valiant Entertainment has resurrected its own shared superhero universe to well deserved acclaim. They are hiring some of the most talented creators in comics to produce some of the funniest and most action packed superhero stories of today. As the company and series advance, they are seeking to continue to provide many exciting new series and entry points for new readers. The Valiant #1 is just such a comic and it is a perfect example of what the publisher does so well.

It’s no surprise that The Valiant #1 turned out well when you consider the creative talent involved. The series is co-written by Matt Kindt (Mind MGMT) and Jeff Lemire (Sweet Tooth), two writers who are also cartoonists with a full understanding of the comics medium. They are paired with Eisner award-winning artist Paolo Rivera (Mythos), a staggering talent and storyteller. Kindt, Lemire, and Rivera are creating a must read comic together.

The most surprising element of The Valiant is that it is simultaneously steeped in the lore of the Valiant universe and entirely accessible. In the first issue alone, characters and plots from Archer & Armstrong, Bloodshot, and Unity are used to create a new tale. Kindt and Lemire are careful to never assume that readers possess foreknowledge of these characters or events though. They carefully introduce each character, providing key elements of information and personality without bogging down the story in exposition. Armstrong is shown to be a drunk and glutton through the use of the Geomancer’s unique abilities. No space is wasted when fleshing out this world.

Kindt and Lemire allow Rivera to tell the story though. In the sequence featuring Armstrong and the Geomancer, he is the one that portrays her powers using floating chemical structures and other imagery. He captures the body language of the massive, gregarious Armstrong and the more self-conscious Geomancer, showing who they are so there is no need to tell.

Rivera’s skill as a comic’s storyteller is beautifully displayed in the first portion of the comic. He constructs a parable across time to explain the central conceit of The Valiant. The three characters of the Eternal Warrior, Geomancer, and Immortal Enemy compose a trifecta that repeat a seemingly endless cycle. Rivera tells the story of three of their encounters, composing a pattern but keeping each instance interesting. He connects the three figures through the use of patterns and color, so they are clearly connected even when they appear to be very different. Key elements like the Eternal Warrior’s scars are emphasized and given significance. The first eleven pages of The Valiant#1 are a master class in comics’ storytelling, composed of skills that carry over to later scenes set in the present.

The issue’s conclusion sews the issue together nicely, returning to the story’s opening and connecting it to the characters and events throughout the issue. It completes this chapter, allowing for a complete experience while only introducing the elements of a much broader epic. It is clear as the issue ends that Kindt, Lemire, and Rivera have an excellent grasp over the story they are telling and how they desire to tell it. The Valiant #1 is a striking introduction filled with action, humor, and some of the best storytelling in superhero comics. If you’re not reading Valiant comics, this is the place to start.

The Valiant #1 is the Absolute Best of Valiant Entertainment