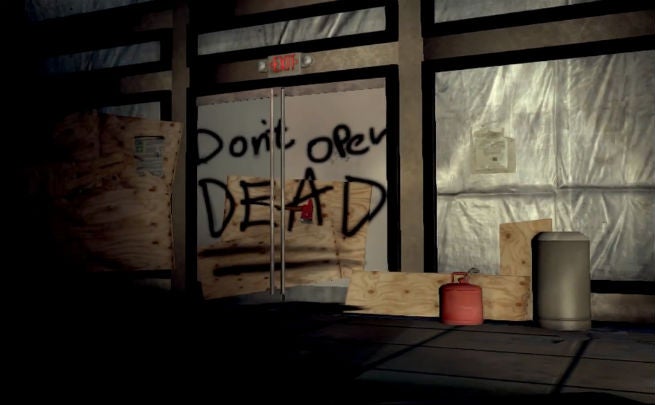 Ever since The Walking Dead released their Season Five trailer at Comic Con International: San Diego this summer, there's been speculation about just what fans were seeing when Beth appeared in a hospital, being manhandled by a police officer and apparently...assisting with surgery?

The answer, it seems, may be found in The Walking Dead: Survival Instinct, a video game set in the world of the TV series that featured Daryl and Merle Dixon.

Credit for this theory should go to a commenter, but I cannot find her comment anymore. I'm sorry!

In that game, there is a hospital -- Cleburne Memorial Hospital -- where survivors are still trying to find a cure, and not ruling out the strategy of human experimentation to do so.

The series recently cast Everybody Hates Chris and Dear White People... actor Tyler James Williams as Noah, a character with no description yet. Is he a variation on Noah Cruz, a character from Survival Instinct? It's impossible to know just yet, but it's certainly interesting that his first appearance will be in the fifth episode, titled "Slabtown," which seems like a likely colloquialism for a morgue -- possibly one you might find in a hospital?

The Walking Dead: Can The Answers to Beth's Mystery Be Found In a Video Game?