The Walking Dead has been killing characters left and right lately but most have been nameless and forgettable Alexandrians. Our entire group of survivors made it through Terminus with a few cuts and bruises despite being trapped in a train car with what looked like no hope for survival.

When is the last time a main character died and truly rocked the show? Beth? Beth's death didn't have an insane impact on the series nor did Tyreese's. If Glenn is still alive, which many of us suspect to be the case, The Walking Dead may even lose a touch a credibility when it comes to the whole, "No one is safe," thing.

Let's take a look at some characters who, if they died, would leave a resounding impact on the show going forward. 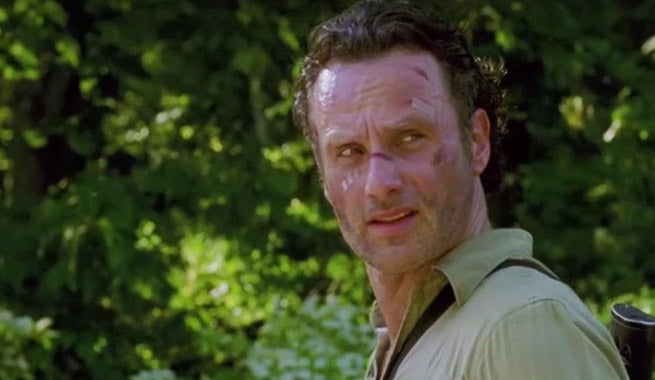 But - what if Rick died? It would be a real Game of Thrones type kill. What would happen to the rest of the survivors without their Sheriff? Who would step up and burden themselves with leading the survivors every single day?

The most likely candidate right now would be Carol, while Morgan or Maggie seem like other plausible fits for the role. It's a story we'll likely never see unfold but it's hard to imagine the group without their fearless leader.

The group, with one exception, knows that killing is a necessity for survival at times. The exception is Morgan.

We've all seen what happens to people who disagree with Rick and serve as moral compasses. I'm looking at you, Dale, Hershel, and Tyreese.

If Morgan isn't willing to kill enemies who wish harm upon him and the group, he should die before it costs someone else in the group.

If Daryl died, it would have more of an impact on the audience than the series at this point, and some audience shock and awe is just what The Walking Dead is loved for.

Carol and Morgan are both capable or filling in Daryl's role as Rick's go-to. The two haven't even seen eye-to-eye since arriving at Alexandria. While it's a choice that could never be undone, the death of Daryl would leave members of the audience in-love with the fan-favorite character in awe while causing some significant ripples in the character's lives, but not completely altering the show forever.

One might say Carol would never be the same but she seems pretty cold-blooded. She's moved on from the loss of her daughter, pretty well, and learned to roll with the punches and survive.

Yeah, she knows how to survive, but if Carol was built up as much as she has been only to be cut down to her death, The Walking Dead would truly demonstrate that no one is safe.

If she were to be killed by a member of an opposing group, vengeance would be heavily sought after but Rick's army would lose a very crucial soldier, making that vengeance even more difficult to attain.

Daryl would be broken by the loss, as well.

Bringing Glenn back from his debatable death scene would send a message The Walking Dead doesn't need to. That message being, "Your favorites are safe."

Yes, he's one of the few remaining characters from season one, but if he is ruled dead following "Thank You," the constant mystery and heartbreak Maggie should feel would make for some excellent story-telling and growth, while also reminding us that no one is safe and zombies are a major threat. This would have a greater impact on the show than having him pop up again, alive and well, which many of us suspect will be the case.

The Walking Dead: What If These Five Characters Died