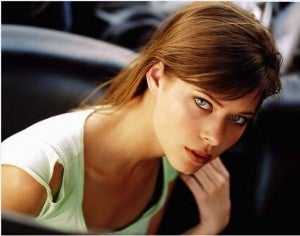 Peyton List, best known to viewers as Mad Men's Jane Sterling, but probably to our readers as Lucy Lane on Smallville, has landed the series lead in The CW's The Tomorrow People, according to Deadline. Frequently compared to X-Men and Heroes, the story revolves around a group of young people from all over the world who begin to exhibit metahuman powers, including telepathy and teleporation. The teens, described as "the next stage in human evolution," will team up to fight evil. List will reportedly play the female lead, a character named Cara, described as having "a sense of humor beneath her serious demeanor and seems to be a trustworthy ally." In addition to her work on Mad Men and Smallville, she's also starred on FlashForward and on The CW Network's reinvention of 90210.