recently got an email from artist Scott Modrzynski sharing some of the comic book related logos he's created using only food. Scott also mentioned that he liked our top 10 lists, which gave us an idea. Here is our list of the top 10 comic book related food items. Since we haven't had the opportunity to taste all these items, they are presented in no particular order. Of course it would only be fair to start off the list with some of the food art from Modryznksi, which is incredible. 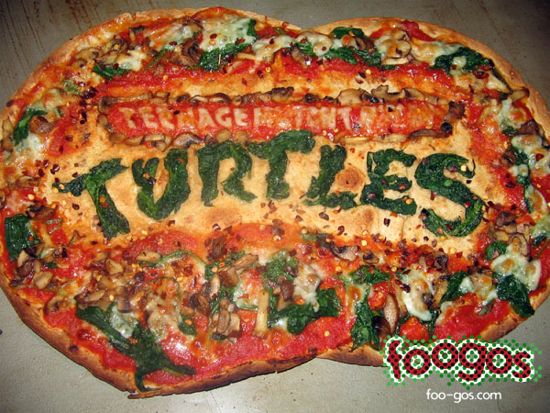 – Created by artist Scott Modrzynski, Foogos feature popular comic book and film logos made only out of food. We love them all, but this Teenage Mutant Ninja Turtles pizza is especially incredible.  Be sure to check all Modrzynski's creations out at Foo-Gos.com.

– Your favorite Marvel Superheroes like Spider-Man, Iron Man, and Captain America as popsicles.

– Sure, there have been plenty of superheroes to get their own cereal, but if you could only pick one wouldn't it be the Batman. Batman Cereal offered up a "smashing taste" and even got its own commercial. 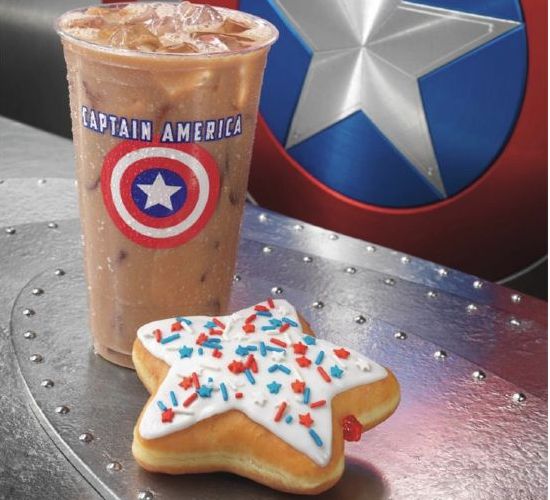 – It's time to make the donuts. To coincide with the Captain America: First Avenger movie, Dunkin Donuts and Baskin Robbins offered up some patriotic donuts and frozen treats. 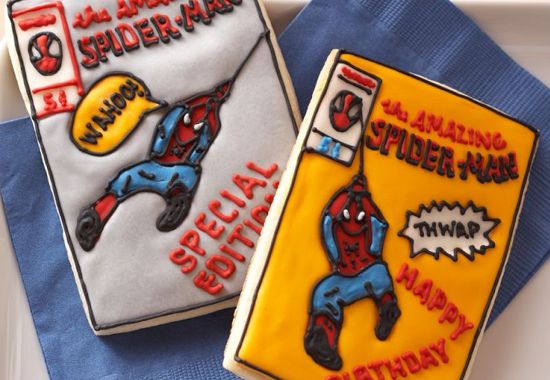 – Buy the supplies from Williams-Sonoma and bake your own cookies and cupcakes featuring Marvel Comics superheroes like Spider-Man, Iron Man, Hulk, Thor, Captain America, and Wolverine.

– Who can forget Superman Peanut Butter? Remember, its strength is its great taste. 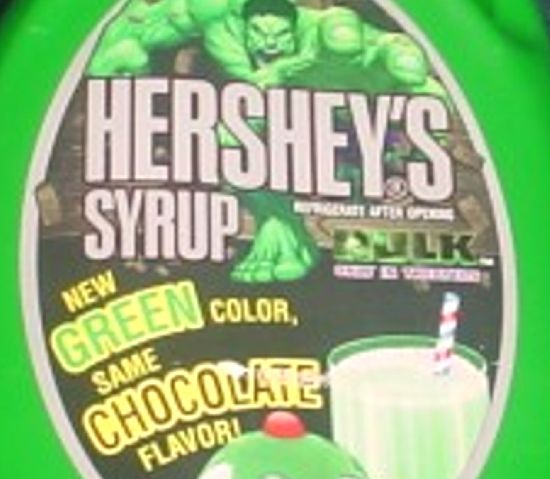 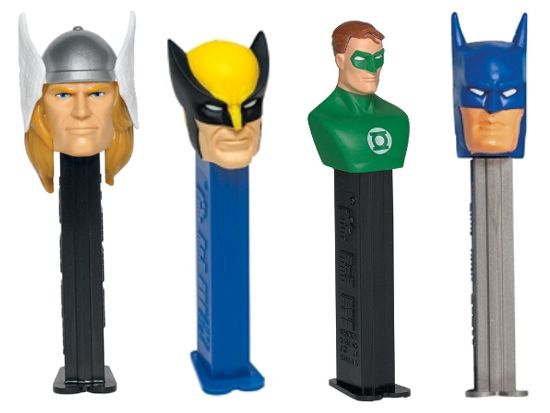 – The cool thing about Pez, other than it being a great tasting candy, are the colorful dispensers. 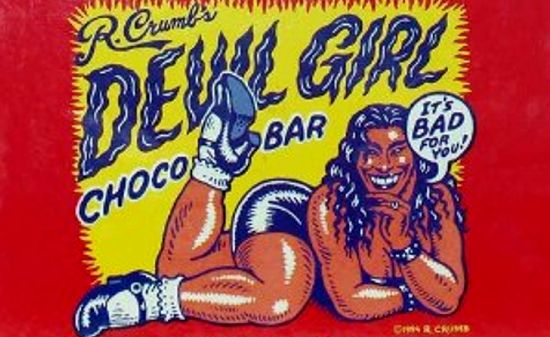 – Possible the most unusual comic book related food item ever produced. In the nineties, Kitchen Sink gave us this and other such classics as Cadillac & Dinosaurs Bars and Devil Girl Hot Kises. 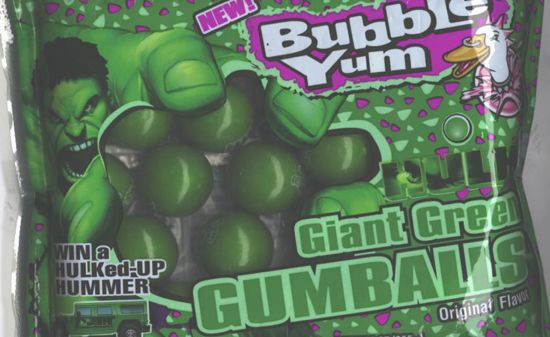 – There is a ton of Hulk candy at IncredibleHulkOnline.com, but none better than Hulk's Giant Green Gumballs. You wouldn't expect Hulk to have little green gumballs, now would you?