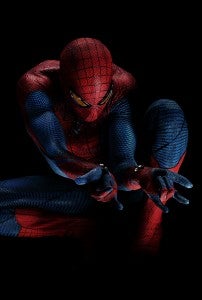 at midnight and is already burning up the Internet this morning, garnering mostly positive buzz for a project of which many fans were very skeptical going in. After a few viewings, there were quite a few positive takeaways for us here at ComicBook.com: A sense of humor Tobey Maguire's Spider-Man never really seemed to enjoy himself. There was the occasional odd whoop when he was hurling himself through the air, but whenever he talked (even when he wasn't supposed to), he seemed pretty depressed. Much has been made in the last couple of days of the "If you're gonna steal cars, don't dress like a car thief" line shown in the trailer--but there are three or four others here that are just as funny or show just as much humor on the part of Ol' Webhead, and it's nice to see. Hell, even Captain Stacy gets in on it with that "unitard" crack, which might be the first funny thing Denis Leary has ever said that he didn't lift from Bill Hicks. Spider-Man: Hunted At one point, fans see Spider-Man apparently under arrest and unmasked. While the trailer certainly doesn't give the impression that Peter's secret will be going public, that gives an indication of how seriously the police are taking Spidey as a threat, and it's much more seriously than viewers have ever seen him--or other vigilantes thought to be trouble, like Batman--taken on film. Add in the fact that it's Gwen Stacy's father heading up the hunt, and you've got a recipe for drama. "The Untold Story" Given the complex history that Spider-Man's parents have in the comics, and the weirdness and conspiracy that has been introduced into their backstory at various points over the years, it's interesting and cool to see teases of that showing up here. Is it a bit contrived to see that they may have had something to do with the spider of Peter's origin? Of course--but it's a familiar storytelling trope that we've seen worked out successfully time and again (see NBC's cult-favorite series Chuck for another recent example). Challenging his Motives Granted, there is no reason to think that either of the two know who Peter is at this point in the film--but at various points in the trailer both Captain Stacy and his daugther comment on how Spider-Man and/or Peter is maybe not doing it "the right way." This could serve as an interesting counterpoint to Uncle Ben's "With great power..." philosophy, which not only drives Spider-Man but is so widely quoted both inside and outside of comics that it's hardly even necessary to include it in the film. By providing a counter to that point, though, it will strengthen it. Forcing Spider-Man to examine his motivations and decide for himself what's right, with Uncle Ben's voice in his head for guidance, makes him a stronger and more likable character than somebody who's just "doing as he's told." We Finally Got Some Tail! Alright, that was crass. But seeing The Lizard in action onscreen is much, much cooler than seeing the army of children's toys which leaked an approximation of the character while removing all the menace and power from him. Viewers see a bit of his motivation but, unlike previous Spider-Man films, they don't appear to belabor that at the expense of the action, and those watching get to see The Lizard (albeit in brief, exciting peeks) in a variety of settings doing a variety of things. We also get some of those classic horror movie shots of just the tail, giving viewers a sense that 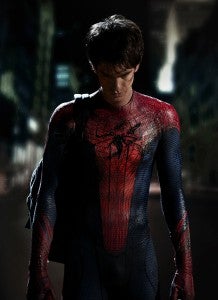 There are Stakes--Fight Like it! The fight sequences that are teased here between Spider-Man and The Lizard look brutal, leaving those viewing the trailer with the feeling that the superhero fight choreography in this film will be better than most. For clarity, fights on film are often very stilted-looking, appearing more like a boxing match than a UFC fight, and when the fate of your loved ones, or the world, is at stake that sense of a hero holding back always feels out of place. Less Meek and Mild? In the early days of superhero storytelling it became a common trope to have your hero's secret identity be somebody who nobody would ever want to be like, therefore highlighting the appeal of their superhero identity. Clark Kent and Peter Parker got this worse than anybody, of course, and while the Superman films have never completely been able to shrug it off, both the post-Crisis on Infinite Earths comics and Smallville treated Clark with at least marginally more respect. Peter Parker has never really had that, leaving many fans to wonder what would make him appealing to someone as amazing as the women he ends up with. Even in the Raimi films, Peter never really stood up to Flash Thompson, letting involuntary bodily functions work for him and then acting innocent about it even after appearing to "win" the fight. Seeing him with (apparently) Flash by the throat here suggests a subtle shift toward giving Peter a little more dignity that's nice to see. New York, New York Some fans will no doubt be critical of what appears to be an overall darker tone for this as opposed to previous Spider-Man projects, but the fact that the Marvel movies are set in Manhattan is something that often disappears into the background of the premise. As a filmmaker, Webb seems interested in making New York a part of the movie, with broad skyline shots and moody, Scorcese-inspired night shoots. On the small screen it may frustrate the purists but it's likely to look terrific when the movie is actually released. An Air of the Tragic It's impossible to know until the film is out exactly what Marc Webb has planned for the franchise, but that final shot in the trailer--one that seems to show pieces of a skyscraper falling to the ground below--certainly has an air of the tragic when we see Gwen staring into the sky immediately before. Those familiar with the comics will know that neither she nor her father are guaranteed a life beyond this film...! A Sequel You'll Want A number of these things--from the likelihood of a tragic ending for at least one character to the introduction of a mystery surrounding Peter's parents and an Oscorp tease--add up to one thing: They're building for a sequel that's built on the foundation of this film, and which will feel less like a corporate mandate and more like a work of art. This is what has made Christopher Nolan's Batman films so impressive to a large extent and it will ultimately make the franchise stronger.

Top Ten Things to Love About the AMAZING SPIDER-MAN Trailer