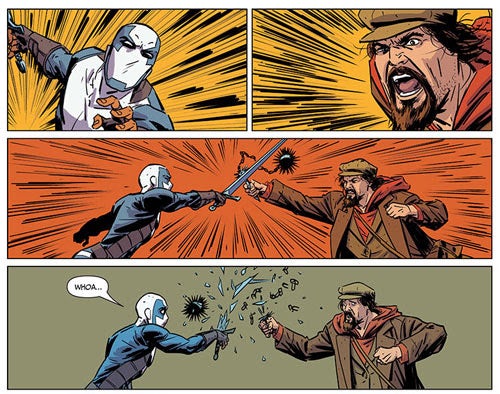 Valiant Entertainment have released a sneak peek at next week's release, The Delinquents #2. Teaming Quantum and Woody with Archer and Armstrong (and James Asmus with Fred Van Lente), the comedy and adventure are dialed way up as the character fall into the superhero trope of fighting before they team up!

You can check the preview pages and solicitation text out below. The issue hits the stands on Wednesday. 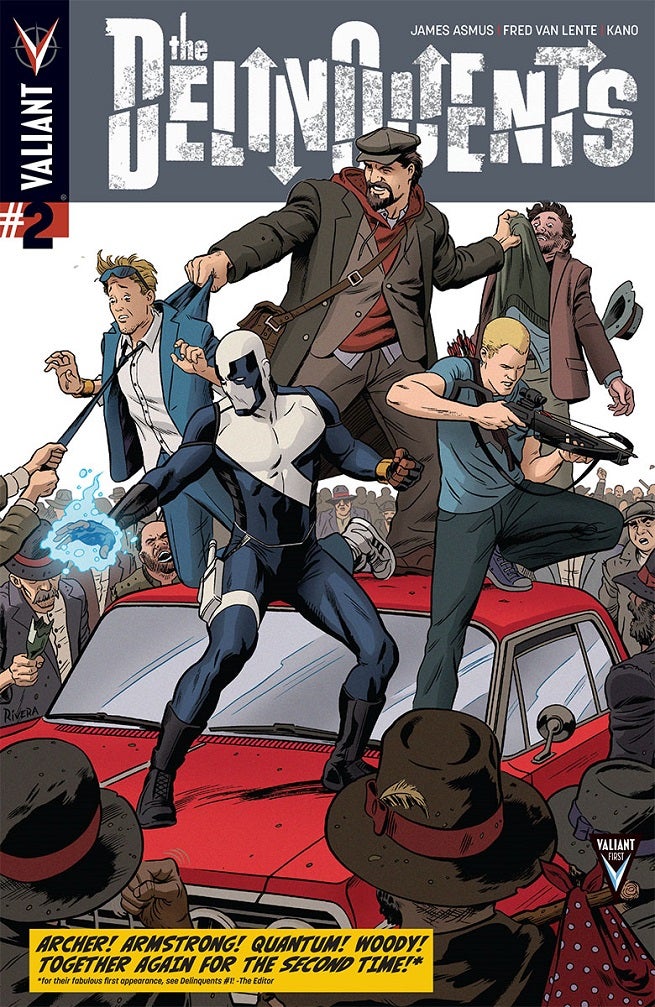 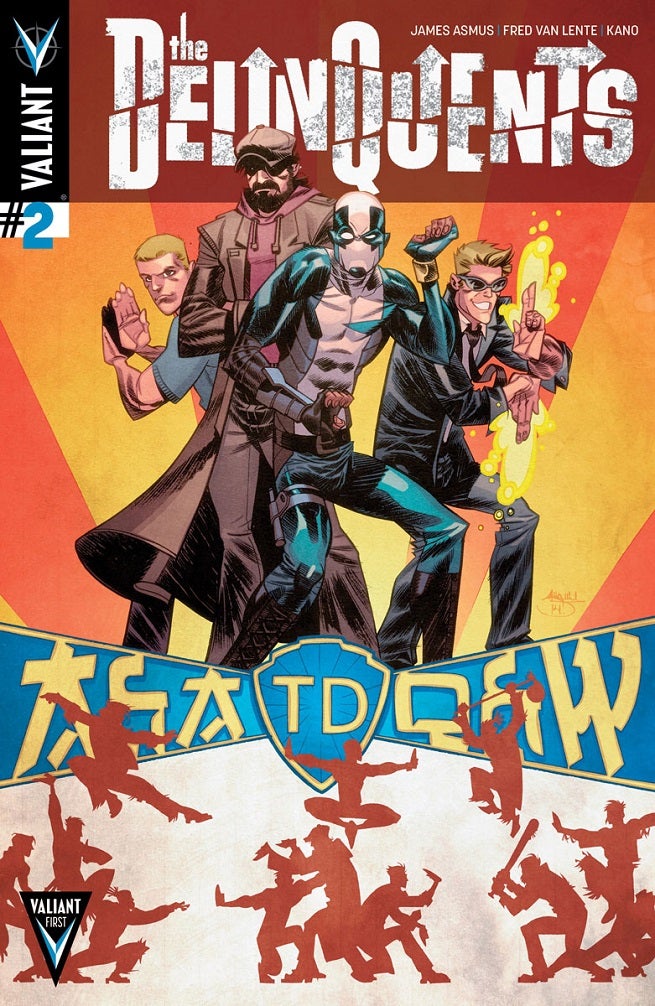 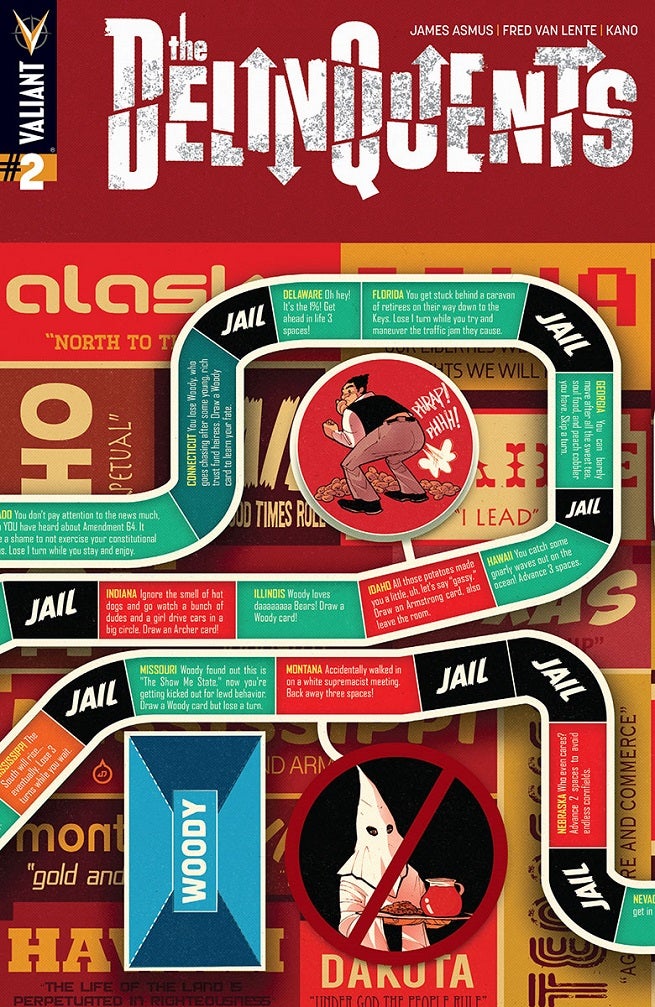 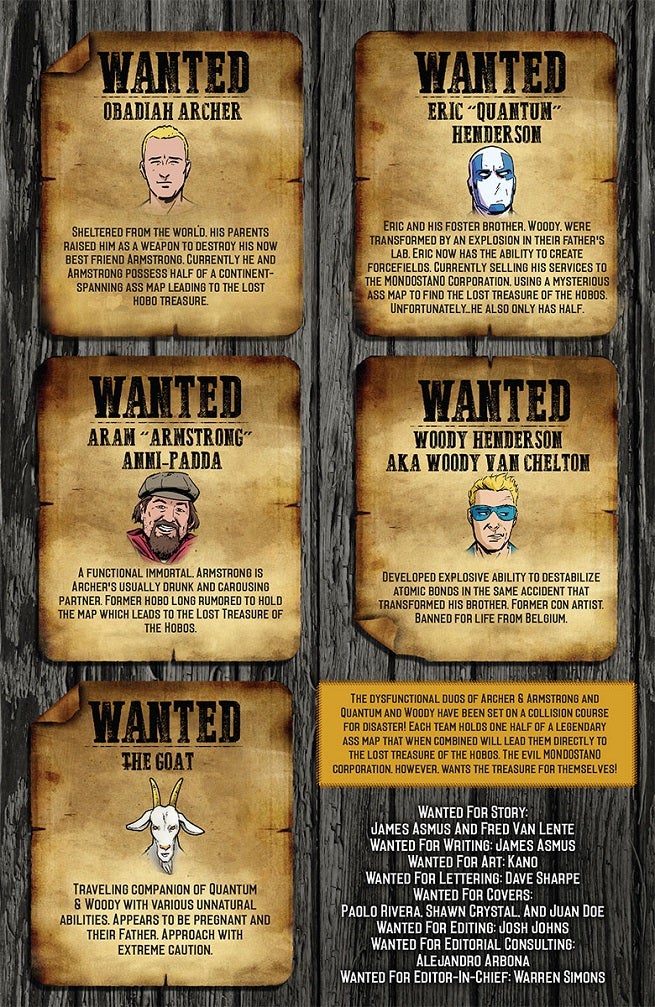 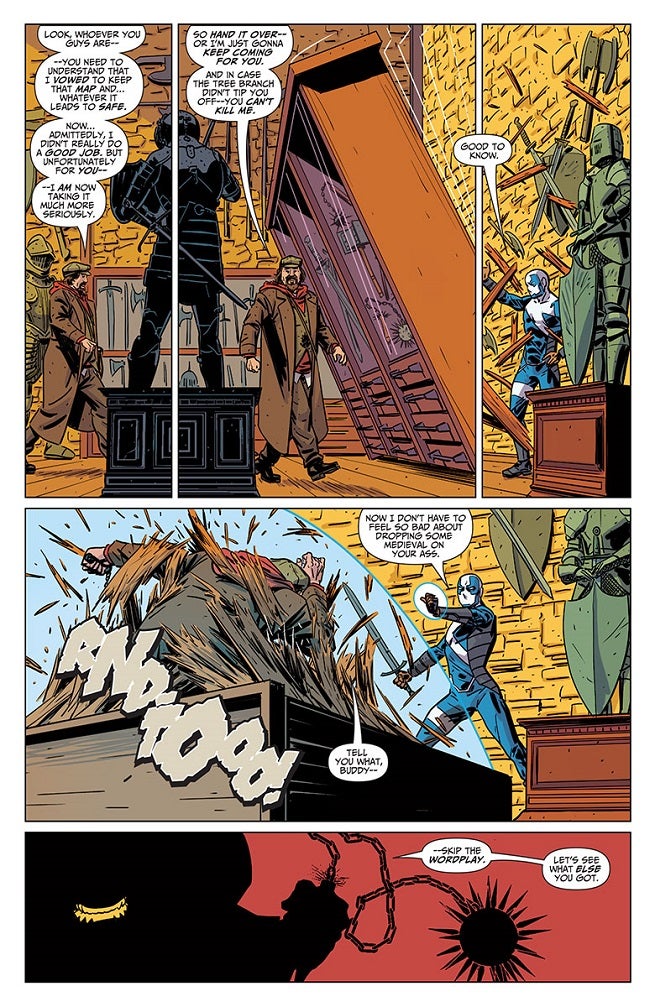 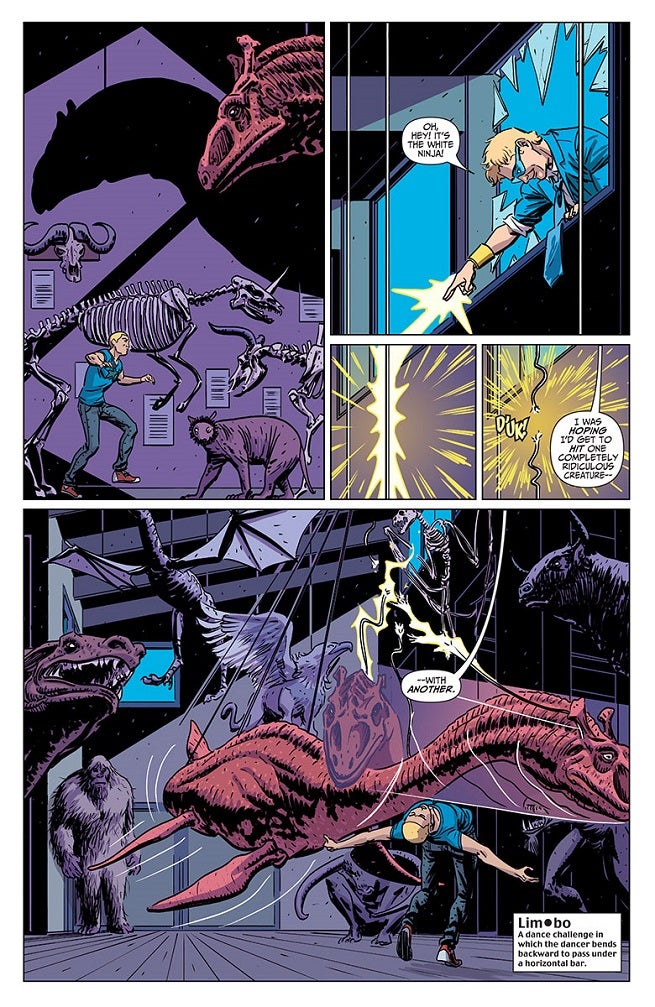 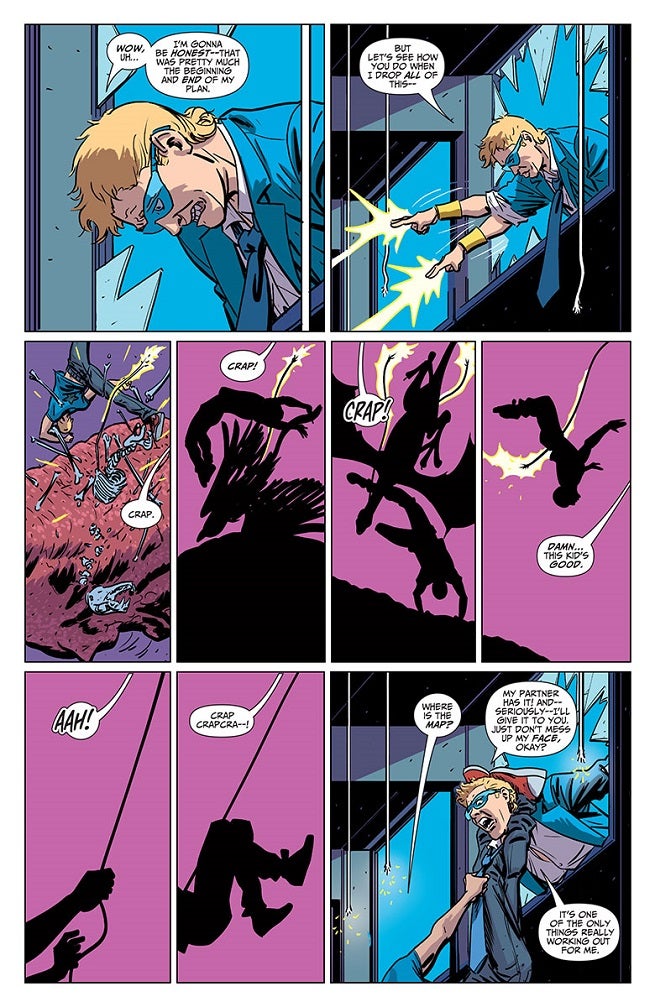 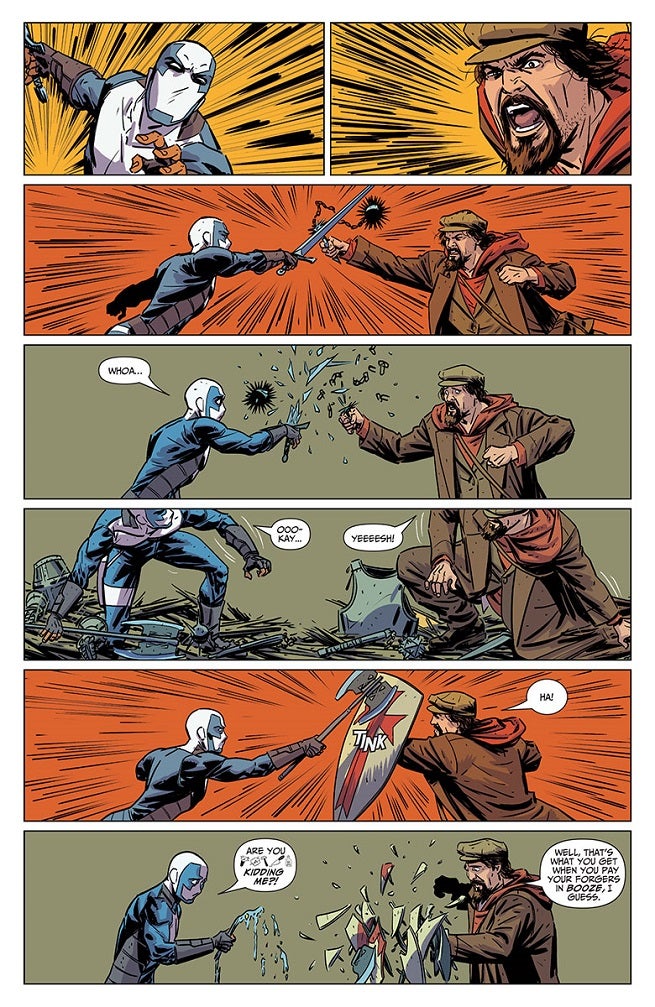 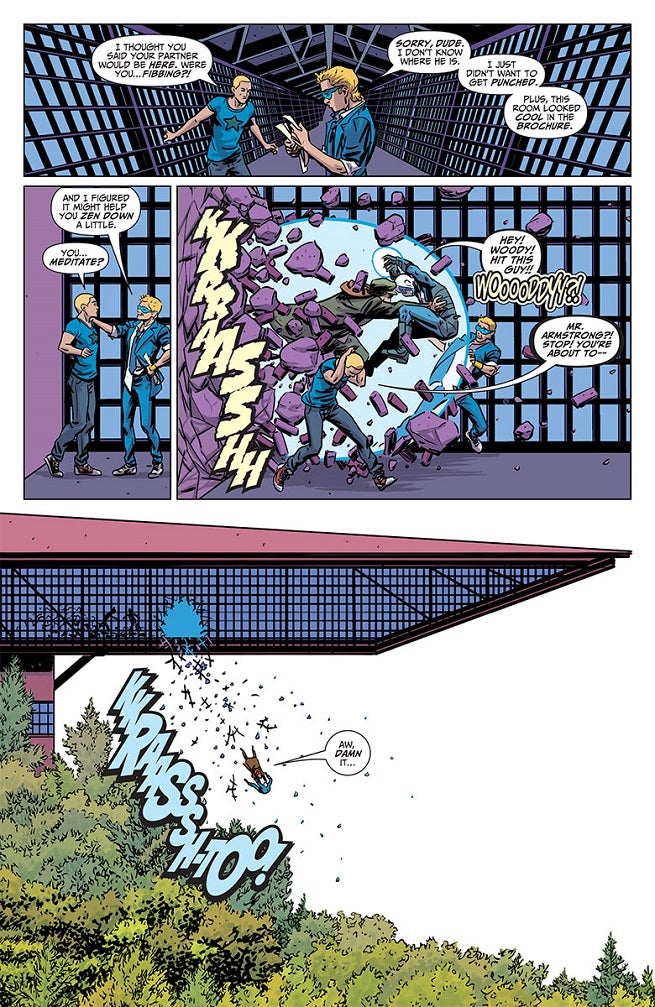 Quantum and Woody and Archer & Armstrong are riding the rails looking for the lost treasure of the Hobo King. Each armed with one half of a mysterious map, these two tandems have unwittingly been pitted against each other in a four-way free-for-all…but can either team get along long enough to achieve their mission? The world's worst crossover joyride is about to enter uncharted territory!