The revitalized Valiant Comics released their July 2012 solicitations earlier today, including a write-up of the first issue of Bloodshot by Duane Swierczynski, Manuel Garcia and Arturo Lozzi. The hero, whose story is being developed as a feature film as well as his comics relaunch, will return with a striking first issue cover that's been used as a promotional tool for Valiant as well as the cover of the first issue of Bleeding Cool's upcoming print magazine. Joshua Dysart's Harbinger continues this month, as well, colliding with a SWAT team and featuring a cover that seems designed for a "caption this!" contest. Is it beautifully rendered? Yes, but the sheer craziness of the image makes it hard not to see on Cracked.com in a month or so. And X-O Manowar by Robert Venditti and Cary Nord hits the shelves again, with X-O taking a page out of Superman's playbook and having a dis- or re-integrating costume featured on the cover. You can check out the solicitations below, and keep an eye on ComicBook.com for more information on the Summer of Valiant. 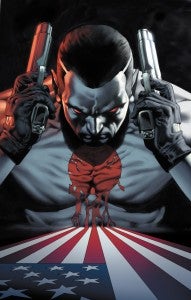 BLOODSHOT #1 Written by Duane Swierczynski Art by Manuel Garcia & Arturo Lozzi Cover by Arturo Lozzi Pullbox Exclusive Variant by Mico Suayan Variant Covers by David Aja & Esad Ribic The Summer of Valiant continues! It's the start of a new mission for one of comics' all-time best-selling superheroes in Bloodshot #1 — the first issue of a new ongoing series from acclaimed writer Duane Swierczynski (Immortal Iron Fist, Birds of Prey) and the lethal artistic tag team of Manuel Garcia (Checkmate) and Arturo Lozzi (Immortal Weapons)! Your name is Angelo Mortalli. Your brother is trapped behind enemy lines and on the verge of — no. That's not right.  Your name is Raymond Garrison. You've retired from the dangers of the field, but a desperate plea from your oldest friend plunges you into a vicious firefight that — no. That's not right, either. You are Bloodshot.  You are the shade of gray that freedom requires. The perfect confluence of military necessity and cutting-edge technology. A walking WikiLeaks that is a reservoir of dirty secrets that could set the world on fire.  And you've just been captured. On sale July 11 • $3.99 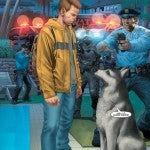 HARBINGER #2 Written by Joshua Dysart Art by Khari Evans & Lewis LaRosa Cover by Arturo Lozzi Variant Cover by Doug Braithwaite Outside the law. Inside your head. Welcome to the Harbinger Foundation. The hunt for Peter Stanchek intensifies after an epic battle with Pittsburgh S.W.A.T forces him to use his powers out in the open. Now he faces the most difficult decision of his life. Continue to put his friends in harm's way…or abandon them for the safety of Toyo Harada's Harbinger Foundation? On sale July 11• $3.99 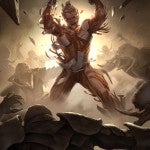 X-O MANOWAR #3 Written by Robert Venditti Art by Cary Nord Cover by Jelena Kevic-Djurdjevic Variant Cover by Mico Suayan The smash hit series of the summer continues! With the X-O Manowar armor now in his possession, all that stands between Aric and freedom is a legion of alien soldiers.  When he at last comes face to face with Commander Trill — the man responsible for his capture — the enormous power of the Manowar armor reveals its potential in a new and electrifying way. Can Aric lead his band of fellow prisoners off the Vine colony ship and back to Earth, or will their revolt be put down?  Who will live and who will die? On sale July 18 • $3.99