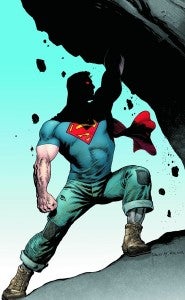 Newsarama had a pretty good story yesterday, offering what they called "unsolicited advice" to DC Comics ahead of their upcoming relaunch. While the story raised some pretty good points, many of them weren't that different from something I'd hammered out myself in the days immediately following the relaunch and circulated to some friends and industry professionals to get their thoughts. In the spirit of Newsarama's story, I dug up those old thoughts and have laid them out here, along with a minimal bit of fine-tuning to adjust for things we know now, which we didn't know then. What about you, as readers? What do you hope to see in the new DCU? I'm looking for:

What I Hope to See in the New DC Universe