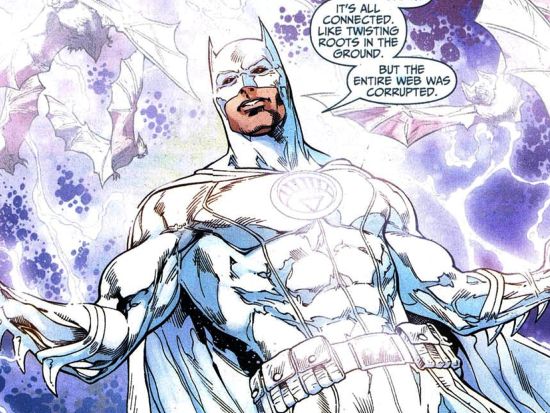 While Ben Affleck might be set to play Batman in Batman V. Superman: Dawn of Justice, it was another version of Batman that showed up at the wedding of Kanye West and Kim Kardashian on Saturday. Jaden Smith, who is Will Smith's son and starred in last summer's After Earth, showed up at Kim and Kanye's wedding dressed in a white Batman suit. While Jaden was an invited guest to the wedding, he also decided to photobomb several guest photos, which have started making the rounds on Instagram. Really, if you're dressed up as Batman, is anyone going to tell you to get out of the photo? Batman goes where Batman wants to go. The press has dubbed Jaden Smith as the "White Batman" or the "Albino Batman." In case you weren't on Kanye and Kim's invite list, check out some photos of the "Albino Batman" below shared by Joe Francis and Clyde Haygood.