Shortly after posting yesterday's story about how neat it would be to see Smallville and Mercy Reef return as comic books, I was struck by a thought: There are dozens of great scripts, unseen pilots and other miscellany floating around Hollywood, just waiting for somebody to put them to use. Some, like Mercy Reef, got as far as being produced and distributed before they were put out to pasture while many others got stalled at some point in their development. Hell, even Joe Hill's Locke & Key pilot was famously shelved earlier this year in spite of generally favorable reviews from fans and journalists who saw it.

It seems as though just about everyone who's a serious consumer of media has at least one property they'd like to see brought back to life. In my case, the first thought is always comics. If there's a person I admire, I wonder how their life would work as a comic book; at various points in the last five years I've found myself drawn to the lives of Phil Ochs, Lenny Bruce and Ralph Nader as potential subjects. If a recurring character from TV, video games or novels disappears into the ether, I wonder whether they would work in the medium. Fletch, I've always thought, could be a beautiful ongoing comic series in the right hands (based on the Gregory McDonald novels, not the Chevy Chase films who dumbed the character down). 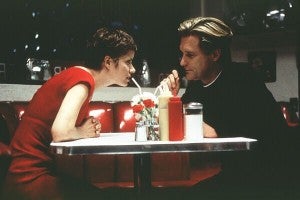 But the one that strikes me as the most promising, and the one I'm the saddest not to see any more stories from, is a character called Daryl Zero. The hero of a film called Zero Effect, Daryl is a modern-day Sherlock Holmes, complete with the drug and personality problems, and was depicted that way a full decade before Guy Ritchie decided that Holmes himself could reclaim some of his original quirks and still remain beloved. Created by Jake Kasdan—who directed the Freaks & Geeks pilot and whose father worked with George Lucas on more than one screenplay, back when Lucas was still making good movies—Zero Effect is a detective story set in Portland, Oregon—the stomping grounds of comics veteran, mystery writer and Zero Effect fan Greg Rucka. Creator Eric Trautmann also recently praised the film on Twitter, suggesting that with a little effort it's plausible we could put together a strong creative team for a Zero Effect ongoing.

The film itself is peppered with enough references to Zero's previous cases to keep a TV or comic book series stocked for the first year and Kasdan is clearly not averse to reusing the property—a Zero Effect pilot, which replaced Bill Pullman with Alan Cumming—was reportedly shot and then shelved after terrible responses from the first few people who saw it. For that small group of people who love the film, getting our hands on that pilot is a bit of a Grail Quest, supposing it even truly exists, but even if it were to surface, it's reportedly pretty awful. The idea of resurrecting the character and the concept in a comic book series, and giving it a fighting chance of recapturing some of the wit and charm of Kasdan's original? It's irresistible.

Given the proliferation of "Best Unproduced Screenplays" lists online and DVDs of pilots that never saw the light of day sold through Amazon and dissected on message boards, it's clear that Zero Effect isn't the only idea like this that has potential. Any thoughts from the readers?