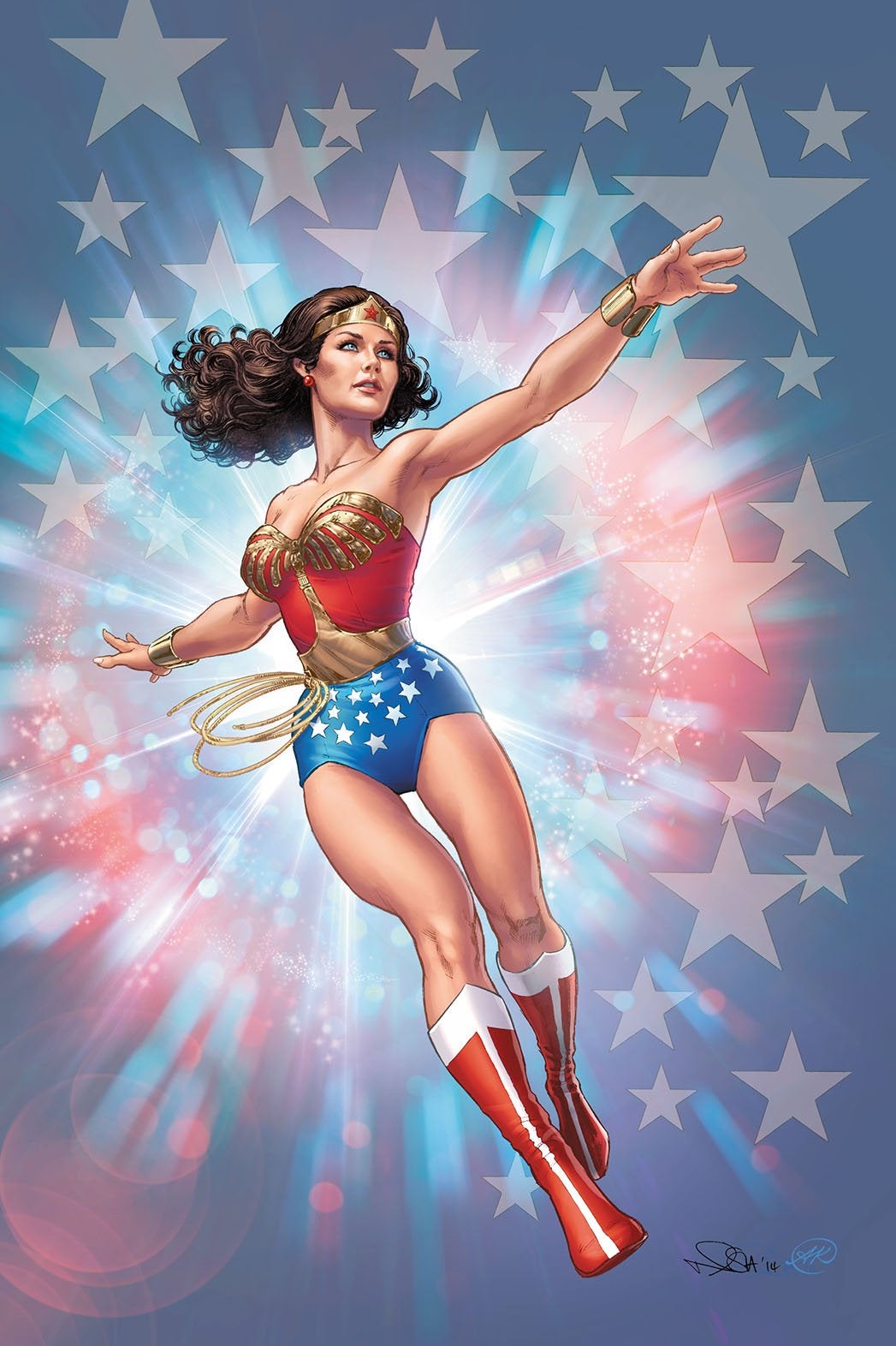 That's because DC Comics just announced a "Wonder Woman '77" digital comics series. The series, based off of the 1970's Wonder Woman television series starring the famed actress, will start with weekly digital chapters this December. DC will then collect a certain amount of those chapters and publish them as print comics on a monthly basis, which follow their publishing routine of their other digital-first comics.

Writer Marc Andreyko will headline the series, with covers by former "Wonder Woman" artist Nicola Scott. The interior artists, who have not been announced yet, will come to the title on a rolling basis.

If this series sells well, maybe we'll get a black-and-white "Superman '55" digital comic next.