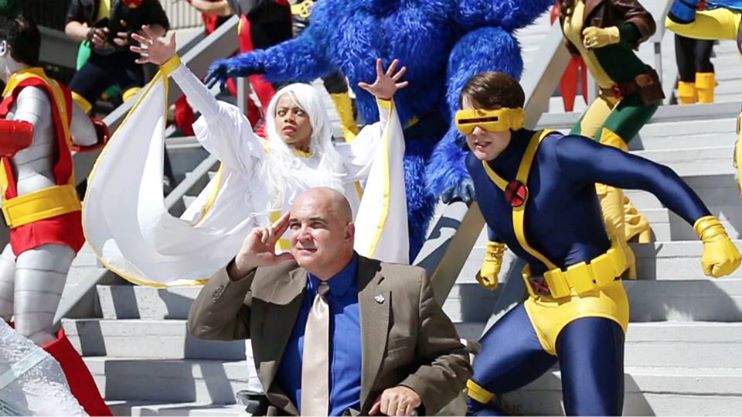 The Children of the Atom are taking cosplay to the next evolutionary stage in this epic video.

Filmed at Dragon Con 2014, the footage was compiled, edited and animated by Blake Faucette, and Micah Moore and Justin Reich who between them represent Distractotron TV and The Antimatter Studio.

Dragon Con is a multigenre convention that is held annually in Atlanta on Labor Day weekend. Founded in 1987, the convention draws attendance of 52,000 and encompasses five hotels in downtown Atlanta.

Dragon Con is a proud friend and supporter of the homo superior community.