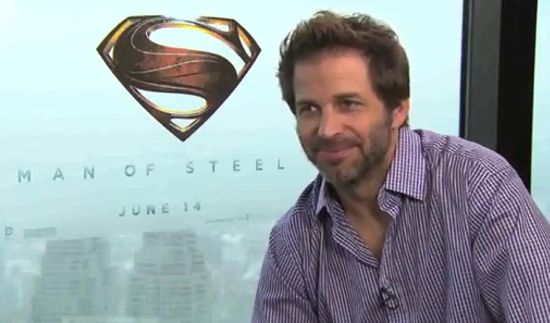 producer and Batman vs. Superman director Zack Snyder told Clevver Movies in a video interview (embedded below) at the 300: Rise of an Empire premiere this week that they would have to steal his cell phone in order to get a picture of the new Batman and Superman costumes together.

After registering surprise at rumors that a reveal of Ben Affleck's Batman costume is supposedly coming soon (reports that come out of usually-reliable Forbes blogger Mark Hughes), the director told Clevver Movies, "I cannot confirm that," while keeping a big smile on his face.

Recently, Snyder reportedly took photos of the two costumes side-by-side because he was excited that having them in the same frame together was a moment in fanboy history.

Batman vs. Superman stars Henry Cavill, Ben Affleck and Gal Gadot as Wonder Woman. The movie is coming in 2016.

Zack Snyder: "I Cannot Confirm" A Look at the New Batman Costume is Coming

Gears of War Studio Begins Staffing Up for Next Big Game