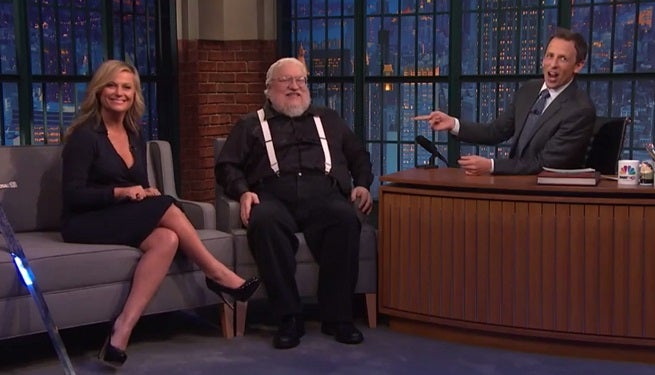 Game of Thrones creator George R.R. Martin was guest on last night's episode of The Late Show with Seth Meyers to promote his new book, The World of Ice and Fire.

While on the show, host Seth Meyers and Amy Poehler quizzed Martin on his own creations. Meyers and Poehler would read quotes from Game of Thrones and see if Martin could remember which of his characters actually said it.

They start of pretty easy – "When you play the game of thrones, you win or you die" – but then Poehler starts to throw some trick questions in there. "Hodor" may not be attributed to who you might think.

The World of Ice and Fire is now on sale.