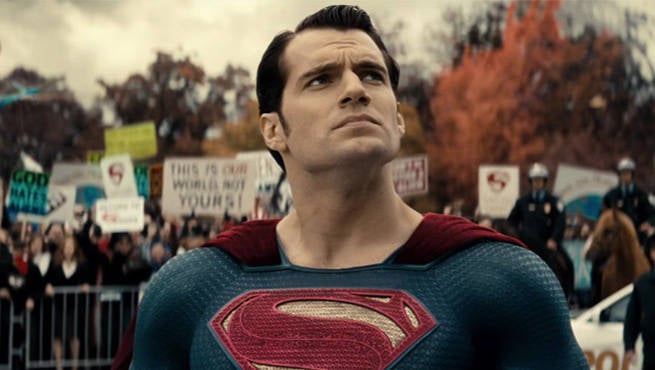 Justice has been served to a couple of naughty movie goers.

A couple who had a few drinks while watching Batman v. Superman: Dawn of Justice in a theater overseas just couldn't wait for the movie to end to get it on. The two wasted no time before engaging in some sexual acts in the movie theater before being approached by the theater staff. That's when it got really ugly.

Looks like there was only room for one Man of Steel in that theater.

It's been nearly two years since Superman's (Henry Cavill) colossal battle with Zod (Michael Shannon) devastated the city of Metropolis. The loss of life and collateral damage left many feeling angry and helpless, including crime-fighting billionaire Bruce Wayne (Ben Affleck). Convinced that Superman is now a threat to humanity, Batman embarks on a personal vendetta to end his reign on Earth, while the conniving Lex Luthor (Jesse Eisenberg) launches his own crusade against the Man of Steel.