It's that time of year again! Every retail outlet on the planet is playing Christmas music, disposal coffee cups are turning red, and the whole world seems full of holiday cheer.

Most importantly, that means it's almost time for Christmas, means a lot of different things to different people. For Doctor Who fans, it means a new Doctor Who Christmas Special.

This year's Christmas special is especially important to fans because 2016 was a year without a season of Doctor Who, as showrunner Steven Moffat focused his energy on a new series of Sherlock. That puts a lot of pressure on this year's special, "The Return of Doctor Mysterio," to be exceptionally good.

So let's take a look at the episode to which it will surely be compared. Here we've ranked ever Doctor Who Christmas special from worst to first. Let us know if you agree with our picks in the comments!

Doctor WhoSunday at on BBC

Not only is "The Time of the Doctor" a disappointment as a Christmas special, but it is also an unworthy send off for Matt Smith's Eleventh Doctor.

Yes, "The Time of the Doctor" pulled double duty as a Christmas special and Smith's farewell episode, which is the only possibly justification for naming the town the Doctor spends a lifetime defending "Christmas." No, really, it's a town called Christmas.

Steven Moffat tried to tie up all of the many, many loose ends of Matt Smith's run as the Doctor in as single episode, and it became a kind of an impenetrable mess of a story that just seems to go on, and on, and on...

Matt Smith's final scenes are touching, and Karen Gillan's cameo is welcome, but this episode is no Christmas joy.

"The Next Doctor" is kind of a gimmick that got turned into an episode of television.

This Christ special hit just after Russel T. Davies announced he'd be departing Doctor Who, and so everyone was naturally wondering what was next for the series.

Enter David Morrisey as a character who has somehow come to believe he's the Doctor. Is he from the future? A different direction? Would he replace David Tennant?

The answers are all rather anticlimactic, and without the tension of change the episode seems rather forgettable and is perhaps the poorest use of the Cybermen in modern Doctor Who to date.

Truly, "The Next Doctor" is only buoyed by Morrisey's commendable performance. 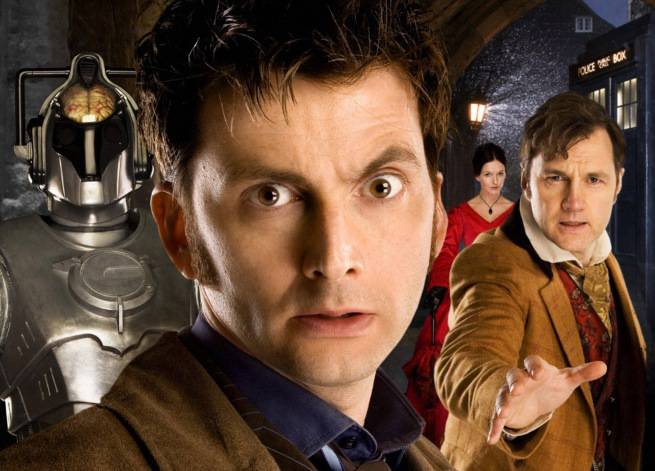 9. The Doctor, The Widow, and the Wardrobe

Steven Moffat's script uses evil trees in place of a truly identifiable, substantive villain, and tried to bank on the sentimentality of Christmas.

But the episode's plot is threadbare, leaving nothing but forced drama that mostly fails to land.

The one exception is the final scene, in which the Doctor joins Amy and Rory for Christmas dinner, but that scene alone is hardly enough to redeem this thing Doctor Who story.

The Doctor, The Widow, and the WardrobeS7:E0 Doctor Who

Taken a whole, "The End of Time" is a great sendoff for David Tennant's Tenth Doctor. However, it was a two-part episode and most of the good stuff was in the back half, which didn't air until New Year's Day.

The first half on its own is a bit more difficult to digest. The first 30-minutes or so play like a self-serious film school project and is hard to follow, which leaves viewers with about another 30-minutes of mostly spinning wheels while waiting to get to the point.

But on the upside, John Simm is still fantastic as the Master, and when the episode finally does get to the point...man, what a cliffhanger. 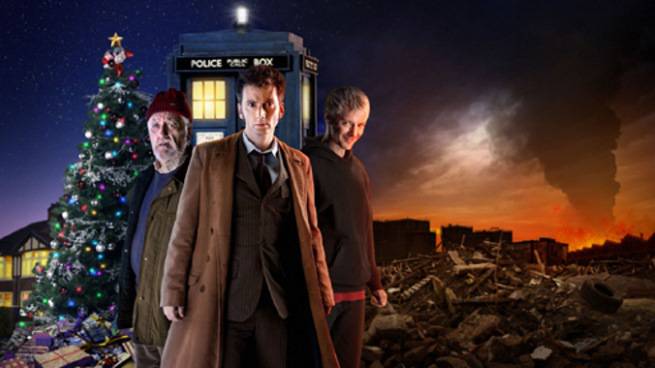 7. Voyage of the Damned

"Voyage of the Damned" is an interesting episode because it puts the greatest strengths and most glaring weaknesses of Russell T. Davies' Doctor Who on display.

The plot is entirely original. It's a disaster movie set in space on the spaceship Titanic, a plot already conceived of by Futurama, and pretty much plays out by the books.

Davies' fixation with the Doctor as a Christ-figure is entirely unsubtle as, at one point, robot angels lift the Doctor upwards.

On the other hand, it is hard to deny that the episode has charm, and Tennant has genuine chemistry with stunt-casted guest companion Kyle Minogue.

"Voyage of the Damned' is a mixed bag to be sure, but it could be much worse. 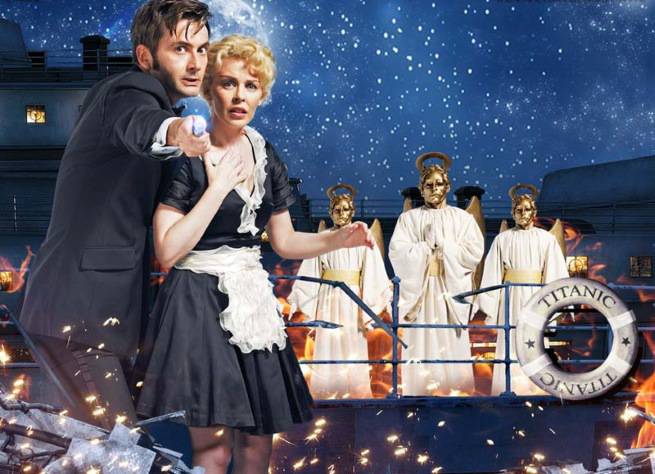 Peter Capaldi's first Christmas special as the Doctor was a key moment, as his curmudgeon of a Doctor finally began to remember how to be connected to those around him.

The Inception-like plot of "The Last Christmas" is bold, and it's executed competently, if not extravagantly. Nick Frost as Santa Claus is an interesting choice as well, though he mostly only seems to be there because it's a "Christmas special."

It is also hard to argue that, without the "will she, won't she" mystery surrounding Jenna Coleman at the time this Christmas Special aired, it loses a bit of its luster, and the multiple twists ending feels like a bit of drag. Still, a solid enough way to spend Christmas evening. 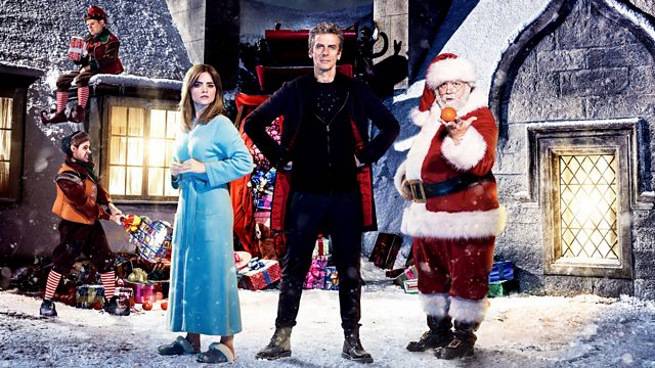 "The Runaway Bride" will always be best known to Doctor Who fans for introducing Catherine Tate as Donna Noble, who would return a season later to become the Doctor's new full-time companion.

The chemistry between Tennant and Tate was instantly apparent, and they seem to be having a great time through this's episode's romp of a plot. The tragic undertone, as Donne learns that her fiance is evil, is a nice touch as well.

If the episode has a stumbling block it's the villain, the Queen of Racnoss, who is a giant space spider. That the doctor defeaters the spiders by flushing them down a drain only makes it worse. Still, this special is a solid enough episode of Doctor Who that hinted at great things to come from the Doctor-Donna.

The Runaway BrideS3:E0 Doctor Who

"The Snowmen" is a solid episode of Doctor Who that does a remarkable job of being accessible to viewers just casually tuning in on Christmas Day and also being absolutely essential to the series as a whole.

Here, the Doctor encounters a version of Clara Oswald that he, quite surprisingly, is not able to save, which sets up the entire "impossible girl" saga of the coming seasons.

There's also the Paternoster Gang - Vastra, Jenny, and Strax - who are some of the strongest supporting characters of the modern Doctor Who era, even if Strax is played up for comic relief a bit too often.

Add in killer snowmen, a wonderful villain performance from Richard E. Grant and the reintroduction of the Great Intelligence, and this is a winner of a Christmas Special. 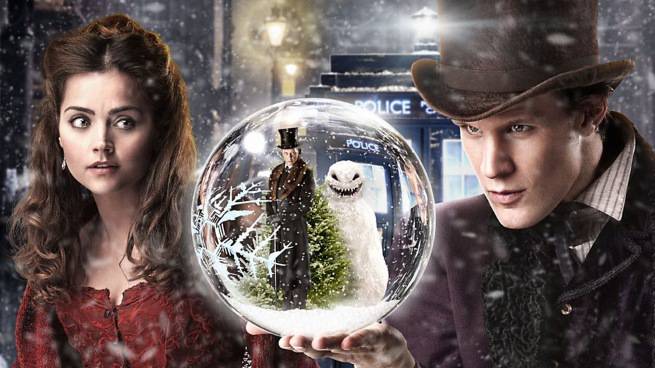 3. The Husbands of River Song

"The Husbands of River Song" did something fans were beginning to be convinced Steven Moffat was simply incapable of by bringing River Song's story to a satisfying and complete conclusion.

The episode inverts the very ways fans were introduced to River Song, but making the Doctor aware of who she is while he is a wearing a face that River does no recognize. That thread plays out perfectly when the Doctor says "Hello sweetie," and River instantly knows who he is.

If this fans last adventure with River Song, it was a great way for the character and her epic, impossible romance to go out. 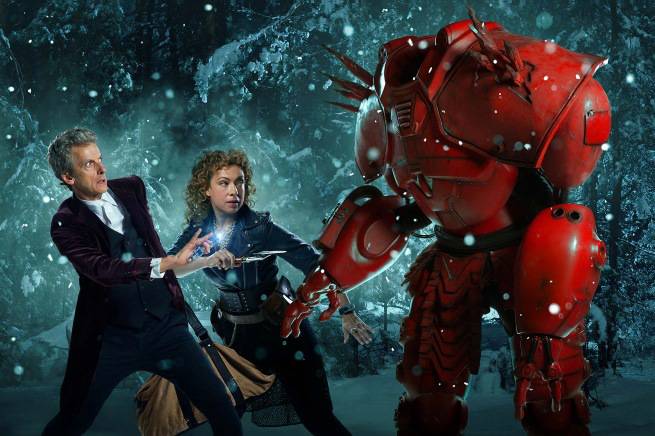 The Husbands of River SongS9:E13 Doctor Who

The first Doctor Who Christmas Special brought Doctor Who fans perhaps the greatest present of all: David Tennant as the Doctor.

However, the episode squandered that gift a bit by leaving the Doctor asleep for half of the episode.

Still, that gave some of the supporting cast - Rose, Micky - a chance to shine, and helped drive home the theme that Tennant's Doctor would be more connected to the humans around him, which would carry throughout the remainder of Davies' time on Doctor Who.

Replete with killer Santa Clauses and vicious Christmas trees, "The Christmas Invasion" may the most pure fun of all the Christmas specials.

The Christmas InvasionS2:E0 Doctor Who

Could there be a more appropriate way to top a list of Doctor Who Christmas Specials than with Steven Moffat's reimagining of Charles Dicken's A Christmas Carol in space.

Matt Smith was in top form in his performance in his first Christmas special, joined by Michael Gambon as a fill-in for Ebenezer Scrooge.

Watching the Doctor try to warm the heart of this space scrooge in time to stop of space shark from killing thousands of people is not only the best episode of Doctor Who to air on Christmas Day so far, but the most rich with the Christmas spirit. 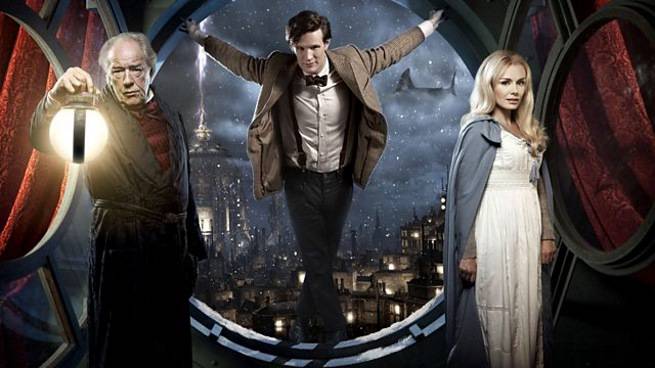 A Christmas CarolS6:E0 Doctor Who

Ranking The Doctor Who Christmas Specials