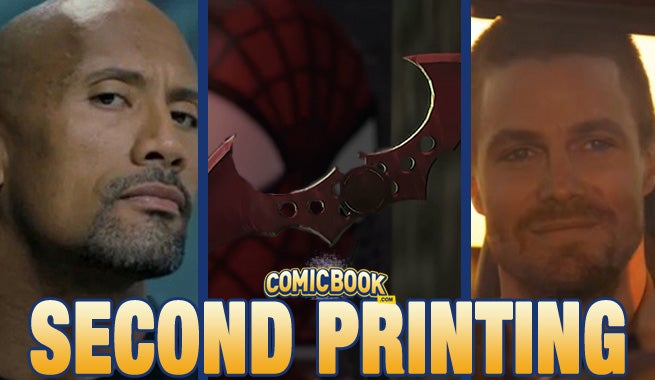 Happy Tuesday, May 19 everybody! And happy 16th birthday to Star Wars Episode I: The Phantom Menace!

We've rounded up the biggest issues into one place for you: the Second Printing. Join us in the video below for a run down of this week's action!

The Rock Will Be In Fast & Furious 8

During a press event for San Andreas, Dwayne Johnson confirmed that he will be returning to the Fast & Furious franchise in it's 8th installment and also teased a Hobbs spinoff film.

Arrow To Take A Lighter Tone

Arrow producer Marc Guggenheim says that Arrow will take a lighter tone in it's fourth season. Not as bright and fun as Flash, but not as dark as recent months.

Avengers: Age of Ultron debuted in China a week ago today, with the biggest non-weekend opening day in Chinese box office history and continued it's success over the weekend, raking in $156.3 million.

Which of this weekend's stories is your favorite? Do you want to see a standalone Hobbs movie in the Fast & Furious franchise? How about this: Who would win, Marvel or DC?