Westworld season 1 is now over, and the finale did a great job of turning mysteries into answers that helped pulled together the character arcs and themes of the season, while also opening up a bold new chapter to explore.

HBO's latest original series has managed to generate quite a buzz in its 10-episode arc; And why not, since the show has been one of the most richly complex mysteries since LOST was on the air. More than secrets and reveals however, Westorld also had the benefit of spectacular performances from an all-star cast of actors - and not just any actors, but a lineup of lauded and/or popular actors from the big screen.

The cast is stacked with a mix of Award-level talent like Jeffrey Wright, Ed Harris, Thandie Newton, Evan Rachel Wood and Sir Anthony Hopkins, as well as genre stars like James Marsden (X-Men), Rodrigo Santoro (300), Ingrid Bolsø Berdal (Hansel & Gretel: Witch Hunters), Tessa Thompson (Thor: Ragnarok), and the showrunners, Dark Knight Trilogy co-scribe Jonathan Nolan and his wife, Lisa Joy (Pushing Daisies). It's a team so talented and high-profile that it makes it hard to look at Westworld and still see that how that old stigma about the line between TV and cinema still exists. 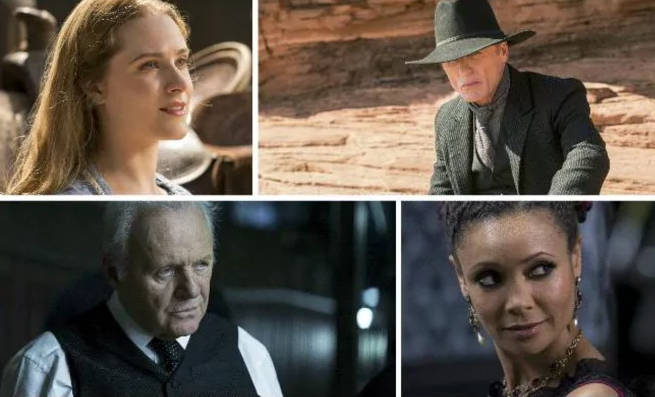 Unlike so many high concept TV series with big names attached, Westworld wasn't a showcase for a single big screen actor, or a collection of up-and-coming talent that hadn't yet broken out (like, say, Game of Thrones); the show started off as an ensemble of big movie stars. Looking at a call sheet, you'd think an episode of Westworld was a movie production. which speaks volumes about how much the wall between movie and TV roles has fallen.

But where a movie would take that ensemble and only make real use out of a few central characters, while marginalizing other talented actors, Westworld's long form storytelling allows each actor in the ensemble to show off their stuff in both solo moments and in great combinations of character interaction. The actors get more showcase and creative challenge and the audience gets better formed characters and showcases of talent.

With so many cinema-level actors playing at the top of their game, it's hard to argue that Westworld didn't provide a better experience than cinema can. 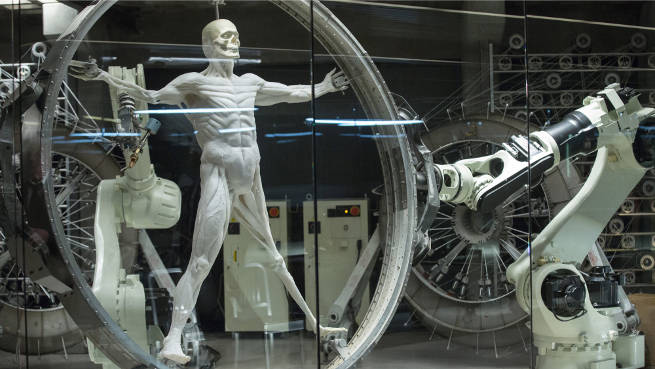 Westworld has followed in Game of Thrones' footsteps by providing some pretty epic set pieces and sequences that easily rival cinema. And, unlike GoT, Westworld didn't limit action sequences to a few big battles or small skirmishes; there was a major action set piece (or two) in virtually every episode, as guests and hosts played out the twisted fantasies inspired by the park.

The imagery from the show has already struck a chord in the pop-culture zeitgeist, inspiring everything from artwork to Internet memes. The amount of period sets, costumes, and extras used to create not one, or two, but three different epochs was awesome and flawlessly executed - down to the most minute details like a shirt, or an accessory, which were crucial clues to some big mysteries.

That's all to say: in terms of production, Westworld was as big and serious as any movie - and quality results can be seen onscreen. And since those screens can now be as detailed and big as a movie theater (if not more so), the line between cinema and TV is almost inconsequential.

The final piece of this maze is the story itself: Westworld used reverse perspective (flipping the script of the original movie and making the hosts protagonists); non-linear narrative (jumping between two time periods); mystery, metaphor, symbolism and motif to create a story that's more 'high art' than most cinematic works of today.

In fact, Westworld's layered and detailed narrative is positively literary in its depth characterization, only further proving the idea of "inferior stories" being told on TV is long gone.

There's really nothing to debate anymore:

How do you feel - is TV your more preferred medium of entertainment over movies? Let us know in the comments or @ComicBookNow!

Westworld will return for season 2 on HBO in 2018.