As Star Wars Celebration winds down, many fans are coming to terms with yesterday's animation spotlight and the bad news/good news scenario revealed by Dave Filoni.

The executive producer of Star Wars Rebels announced the show would be ending after its 15-episode fourth season, promising the Ghost crew's story would be wrapped up in the way that he originally envisioned when crafting the series.

Filoni has good reasoning for not overstaying his welcome, as he never got to finish his The Clone Wars animated series as he originally intended. And the latest season of Rebels put the crew through the paces, fostering a lot of individual growth in the makeshift family while catapulting toward the beginning of the Original Trilogy and the events of Rogue One: A Star Wars Story.

But (here's the good news) just because Star Wars Rebels is wrapping up after this season, doesn't mean that's the end of an animated series exploring A Galaxy Far, Far Away. In fact, Filoni himself hinted at the Rebels panel that another series would be on the way, stressing that every generation of kids should have their own Star Wars cartoon to cherish.

And though were excited to see how the latest Star Wars animated series dovetails into Rogue One and A New Hope, we also can't help but wonder where the next series will take us.

Given that the franchise consists of (now) three different trilogies across almost 100 years of time, as well as tertiary media that explores different area, there is a wide swath available to explore. We've seen the Clone Wars and the birth of the Rebellion, so what else could be shown?

Well, there are a few possibilities. Here's what we want to see Filoni and the Lucasfilm animation department tackle in their next series in the Star Wars Universe. 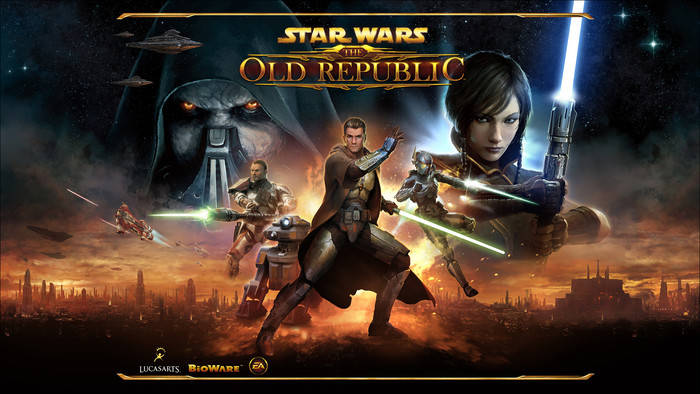 The BioWare video game franchise established a lot of lore that preceded the formation of the Galactic Republic and its eventual downfall at the hands of the scheming Chancellor Palpatine.

This era is rife with great stories to be mined, such as the decimation of the Sith and their decision to adopt the "Rule of Two."

There's also the Mandalorian Wars, which could be a great segue after Star Wars Rebels explored Mandalore's culture and heritage to great length. We could see the origins of the Darksaber, among other things.

Plus there are many popular characters that fans are dying to see be made canon, such as the Jedi-turned-Sith-turned-Jedi-again known as Revan.

All in all, there is a lot to be explored here, and would allow the Storygroup to reestablish Star Wars lore that was washed away when Disney purchased Lucasfilm.

Obi-Wan or Anakin as a Padawan

During the ten years between The Phantom Menace and Attack of the Clones, Anakin Skywalker does a lot of growing up. But how does he go from the affable, Oreo-loving pod racer to the broody post-teen pining after Padme between films?

A lot of Obi-Wan's lessons to his Padawan are only hinted at in both Attack of the Clones and Revenge of the Sith, and by the third film Master Kenobi has realized there's little more he can teach his protégé.

Attack of the Clones even opens up with references to past adventures in which Obi-Wan requires Anakin's help, which maybe illustrates that he wasn't the best Master to train the youngster. And all of the Prequel movies indicate that the Jedi are encumbered with policy, tradition, and bureaucracy to the point that their hands are tied when dealing with the Sith threat.

The movies glossed over a lot of story points which could stand to be fleshed out, especially when it comes to the lore of the Jedi and how they became so misguided in their protection of the universe. But honestly, all of this sounds a little too much like the Clone Wars.

To change things up, they could go with Obi-Wan and his Master Qui-Gon Jin, combining some of the elements we previously mentioned in our entry on the Old Republic. This is an era previously unseen in Star Wars, and would also show the rise of the current Jedi Council members.

Empire Strikes Back begins with Luke having become somewhat capable of with the Force and having earned respect from his peers due to his destruction of the Death Star. But little is known of his time spent between the first two films.

The Star Wars and Darth Vader comic books from Marvel explore this era, showing how Darth Vader learned of Luke's identity and began a plot to secure his station as the Galaxy's most feared entity. But there's still a lot that could be shown on screen.

Seeing Luke become a full-fledged member of the Rebellion and fostering his close relationships with both Han Solo and Princess Leia would be great.

It could also focus greater on Leia, who just lost her entire planet when the Death Star destroyed Alderaan. Throw in a couple of close calls with some Jabba-sent bounty hunters, and we have a great series on our hands.

The Rise of the First Order

This one seems the most obvious, as the last two animated series tended to bridge significant gaps in the Star Wars movie history. The Clone Wars was largely hinted at in the Original Trilogy, but only shown in its bookends between Attack of the Clones and Revenge of the Sith.

Now the fledgling Rebellion has been shown as it becomes a greater force for good in the galaxy, rising up to take on the Empire.

When the Force Awakens was released, many fans wondered how the First Order seemed so powerful after the deaths of the Emperor and Darth Vader, the destruction of the Death Star II, and the formation of the New Republic.

Novels have done well to explore how the First Order came about and their rise to power, but we need a more thorough examination—not hints and inference.

We want to see the formation of the Resistance and why such an unsanctioned fighting force was necessary to deal with the rise of the First Order. And if we get more details on those Knights of Ren along the way, that'd be pretty cool.

This animated entry in the "Star Wars" franchise fills the gap between the events of "Episode III" and "Episode IV." Imperial forces occupy a remote planet and are ruling -- and ruining -- its inhabitants' lives with an iron fist. A clever, disparate crew aboard the starship Ghost takes a stand against the Empire, facing new villains and colorful adversaries. The rebels on the Ghost include leader Kanan, ace pilot Hera, feisty heroine Sabine, tough guy Zeb and 14-year-old con artist Ezra.

New Series Coming After Star Wars Rebels, What Era Will It Explore?