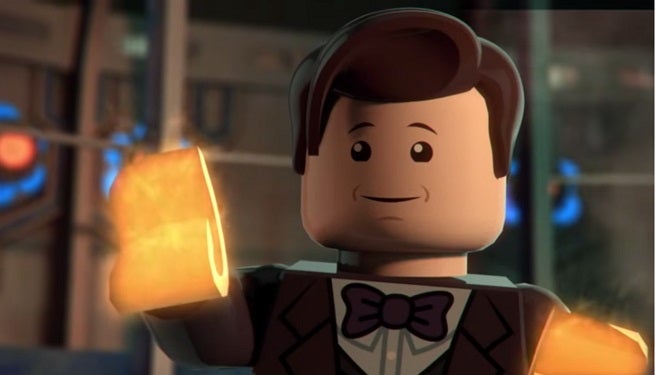 A YouTube user going by the handle BlobVanDam has recreated the scene from the Doctor Who episode “Time of the Doctor,” in which Matt Smith’s Eleventh Doctor regenerates into Peter Capaldi’s Twelfth Doctor, in LEGO Form.

Why? I don’t know. People will recreate basically anything in LEGO form. It is pretty amusing to see the Smith figure’s head pop off and be replaced by Capaldi’s. On the other hand, LEGO is particularly well suited for recreating fish stick and custard, and I’m not sure why Capaldi pulls out a turkey leg. Is that supposed to be his kidney?

Also, for the sake of comparison – or if you just want a good cry – here’s the original scene from “Time of the Doctor.”

Capaldi just finishes up his first series as the Doctor, and will return for his first Doctor Who Christmas Special on Christmas Day, December 25.